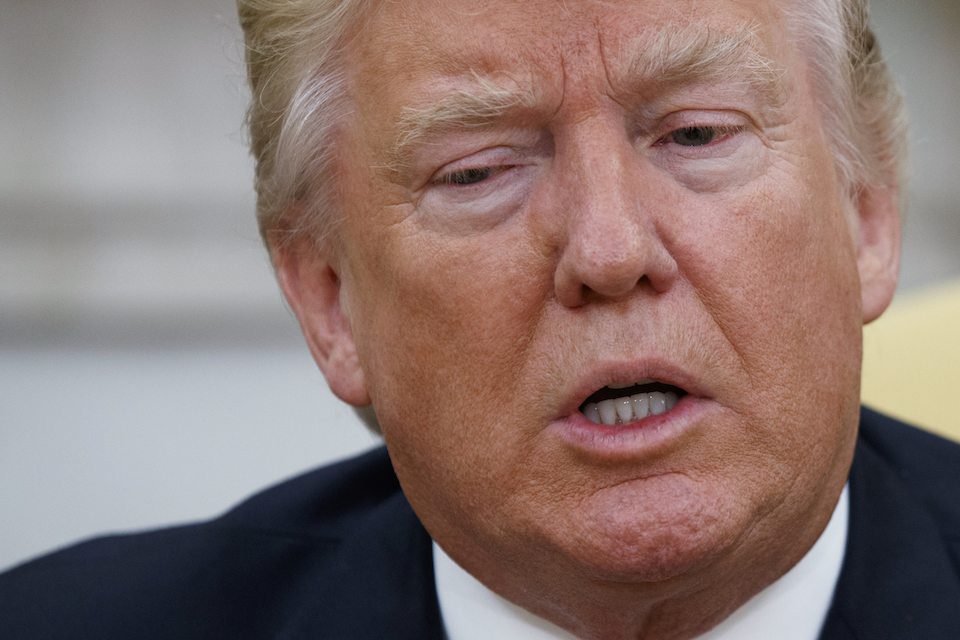 Donald Trump retreated from his plan to conduct cybersecurity operations with Russia after Democrats, and even some Republicans, slammed the absurd proposal.

Donald Trump was embarrassed into pulling back on a plan to work with Russia on developing cybersecurity procedures after Democrats — and even some Republicans — criticized it.

After emerging from his long meeting with Vladimir Putin, Trump tweeted, "Putin & I discussed forming an impenetrable Cyber Security unit so that election hacking, & many other negative things, will be guarded."

The idea that America would now work together with Russia after its efforts to interfere in the election was widely criticized, and made even worse with ongoing Russian efforts to attack America's infrastructure.

House Democratic Leader Nancy Pelosi said, "Setting up a joint working group on cybersecurity with the country that hacked our election infrastructure is a nonsensical and absurdly inadequate response to the Russian threat."

California Rep. Adam Schiff, the highest-ranking Democrat on the House Intelligence committee, said of the proposal: "I don’t think we can expect the Russians to be some sort of credible partner in a cyber security unit, I think that would be dangerously naïve for this country, if that’s our best election defense, we might as well just mail our ballot boxes to Moscow."

Democrats were joined in their criticism by Republicans like Sen. Marco Rubio (FL) who tweeted, "Partnering with Putin on a cybersecurity unit is akin to partnering with Assad on a chemical weapons unit."

Trump finally seemed to have gotten the message and petulantly wrote the next day, "The fact that President Putin and I discussed a Cyber Security unit doesn't mean I think it can happen. It can't-but a ceasefire can, & did!"

In the midst of a right-wing radio tour, Mike Pence was forced into cleanup duty, and had to mop up after Trump while speaking to Laura Ingraham. Pence conceded, "It probably ain't gonna work out."

INGRAHAM: Vice President Pence, can we safely say that at this point the idea of a joint cybersecurity initiative with Russia is off the table? As someone who lived in the former Soviet Union, understands Russian history, I'm a trust but verify person, as my former boss Ronald Reagan said, that seemed a little interesting to me, to say the least, to have cybersecurity — what was that? And then it seemed to be off the table, he tweeted about it and then its off the table a day later. I got to get a little clarity on that one.

PENCE: Well look, the president had — we've begun an economic and strategic dialogue with Japan after my trip overseas on behalf of the administration, and we're talking with cybersecurity with Japan, because as you know, the United States have an enormous role, overwhelming role in cyber around the world. We have the ability to really to begin to police it –

INGRAHAM: It's not just Japan. What about Russia? I mean, I get Japan.

PENCE: That's exactly right. The president raised the issue of cybersecurity, again, in the context of that meeting, I don't know the exact reference but the president made it very clear last night that it probably ain't gonna work out.

The episode shows once again how little Trump thinks through the consequences and repercussions of his words and actions, bringing to life Hillary Clinton's 2016 warning that "a man you can bait with a tweet is not a man we can trust with nuclear weapons."