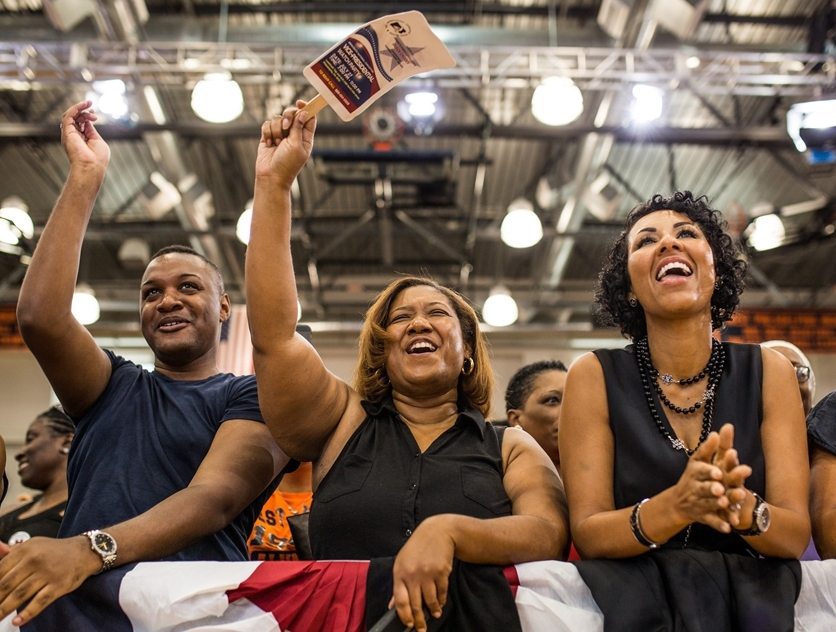 The history of civil rights in America is the struggle for Black voices to be heard. 2016 is no different. Despite the rise of the Black Lives Matter movement, when it comes to mainstream political coverage, Black voters too often remain invisible.

Three years ago a Florida jury acquitted George Zimmerman of the murder of Trayvon Martin. In the pain and fury after the verdict’s announcement, the Black Lives Matter movement was born. BLM isn’t just a movement, but a voting bloc. Street protests have morphed into voter registration drives and meetings with elected officials. If you search the #BlackLivesMatter hashtag, you’ll find calls to exercise the voting rights that our civil rights heroes fought and died to protect.

Yet the corporate media fail to acknowledge that Black votes matter, too.

When they make the election about the quest for white working class men while giving scant attention to Black women, who are the most reliable and enthusiastic American voters, they fail to acknowledge that Black votes matter.

When they claim Hillary is “extremely unpopular” with “voters,” while she’s actually viewed favorably by four out of five Black voters, they fail to acknowledge that Black votes matter.

When they claim Presidents Obama and Clinton were unpopular, while they both enjoyed 80-90 percent approval from Black voters throughout their two terms, they fail to acknowledge that Black votes matter.

When they obsess about Donald Trump’s support among "evangelicals," but ignore the hit his support takes if black evangelicals are not excluded from the polling data, they fail to acknowledge that Black votes matter.

In fact, the corporate media expend very little effort on exploring why the Black electorate is so often diametrically opposed to this prevailing narrative.

The habitual erasure of Black voices is precisely why the slogan “Black Lives Matter” became necessary in the first place.