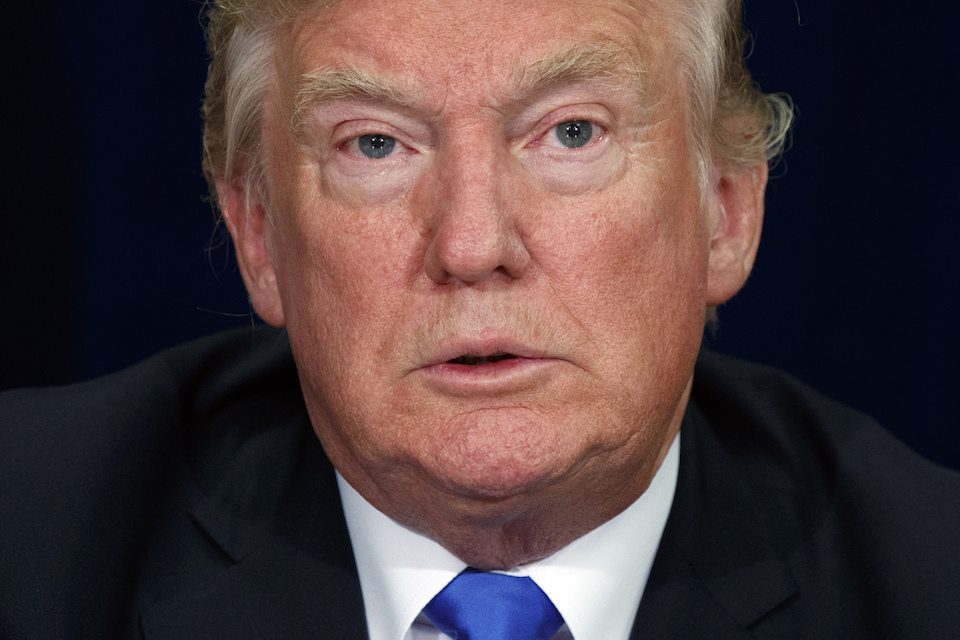 That threat was followed by a pair of unsettling bizarre and unrelated tweets: One previewing his announcement of "THE MOST DISHONEST & CORRUPT MEDIA AWARDS OF THE YEAR." Another inexplicably hyping his favorite Fox host Sean Hannity's evening program.

The timing and nature of Trump's meltdown, however, became much clearer as another piece of bombshell news filtered out, news that was published just before Trump's nuclear freakout.

Glenn Simpson and Peter Fritsch, founders of Fusion GPS, wrote an op-ed for The New York Times that called for Congress to release transcripts of the testimony they gave in secret over the summer. The piece detailed much of that testimony, which revolved around the work their company commissioned from former spy Christopher Steele, some of which was compiled in the now-infamous "Steele dossier."

Those details were damning enough, but nestled within the op-ed was a bombshell that appears to have sent Trump reeling (emphasis added):

We don’t believe the Steele dossier was the trigger for the F.B.I.’s investigation into Russian meddling. As we told the Senate Judiciary Committee in August, our sources said the dossier was taken so seriously because it corroborated reports the bureau had received from other sources, including one inside the Trump camp.

According to the metadata on that piece, the story was published at 7:29 p.m. ET, 20 minutes before Trump's nuclear button tweet.

Earlier reporting from The New York Times had already debunked the notion that the dossier was the genesis of the FBI investigation, but the revelation, according to Fusion GPS, that the FBI already had information from someone inside the Trump camp, which corroborated details of the dossier, is a game-changer.

The person who best knows how much of a game-changer that could be is Donald Trump, and he appears to be telling us that the answer is "bigly."

Editor's note: This article has been updated to reflect that while the FBI had a "source" in the Trump campaign corroborating the dossier, the source was not necessarily an informant at the time.