Home National Boy Scouts smack down Trump for lying about praise he did not...
Support progressive journalism.
Donate today 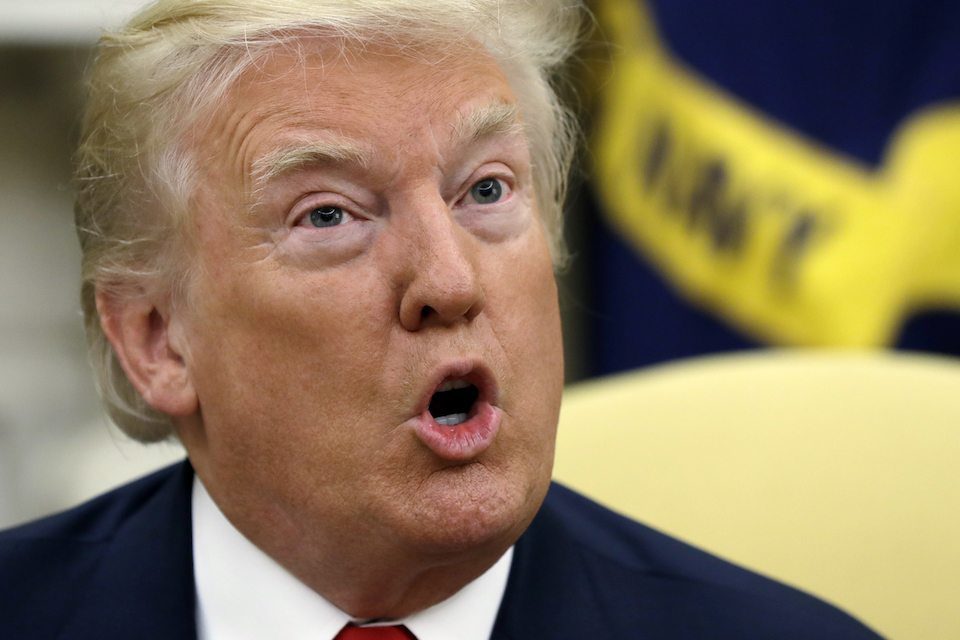 Trump was caught bragging on tape about his reckless Boy Scouts speech, forcing the youth organization to distance itself again from his odious behavior.

Like an unwanted house guest who can’t take the hint, the Boy Scouts of America are still trying to detangle themselves from Donald Trump’s creepy, vindictive appearance at the group’s annual jamboree last week in West Virginia.

On Tuesday, the group was forced to swat down Trump, again. This time it was over his bizarre, baseless claim that the Boy Scouts of America chief personally called to thank him for the rambling, weirdly incoherent and divisive speech Trump gave in front of 30,000-plus Boy Scouts and their parents. But the call of thanks never happened.

In fact, under siege from an angry scouting community, enraged by the sight of Trump’s wildly offensive 35-minute performance, the Boy Scouts’ leader, Michael Surbaugh, was forced to issue an unprecedented apology.

“I want to extend my sincere apologies to those in our Scouting family who were offended by the political rhetoric that was inserted into the jamboree,” he wrote. “That was never our intent.”

American presidents in the past who have addressed the jamboree have stressed the importance of hard work, trustworthiness, and honor. But not Trump, who unfurled a gratuitously political speech. He opted to attack former President Barack Obama (whom many Boy Scouts booed), mock Hillary Clinton, and rail against “fake news,” as well as all the “dishonest people” in the media.

The whole unseemly event was a fiasco. Rep. Sheila Jackson Lee (D-TX) even gave a speech from the House floor, condemning the president for disrespecting the organization.

Yet on Tuesday, Politico published the transcript of an interview Trump gave the day after his Boy Scouts speech, in which he stroked his own ego over his supposedly stupendous performance.

“That was a standing ovation from the time I walked out to the time I left,” he bragged. Trump added, “I got a call from the head of the Boy Scouts saying it was the greatest speech that was ever made to them, and they were very thankful.”

Nope, never happened, according to the Boy Scouts.

“The Chief Scout Executive’s message to the Scouting community speaks for itself,” the group told Time magazine Tuesday, referring to the message in which the organization explicitly apologized for Trump’s behavior.

In the published interview, Trump repeatedly pointed to the speech as an example of how popular he is. "That was an incredible crowd," he said. He didn’t seem to realize that attendance for the speech was essentially mandatory for the scouts who traveled to West Virginia to be part of the annual event. They didn’t travel to West Virginia to listen to Trump.

Vice President Mike Pence could’ve walked out onto that Jamboree stage that same day and all those people still would’ve been assembled to hear the speech.

Trump’s a narcissistic liar who diminishes all that he touches. Too bad the Boy Scouts didn’t realize that before they invited him to speak.