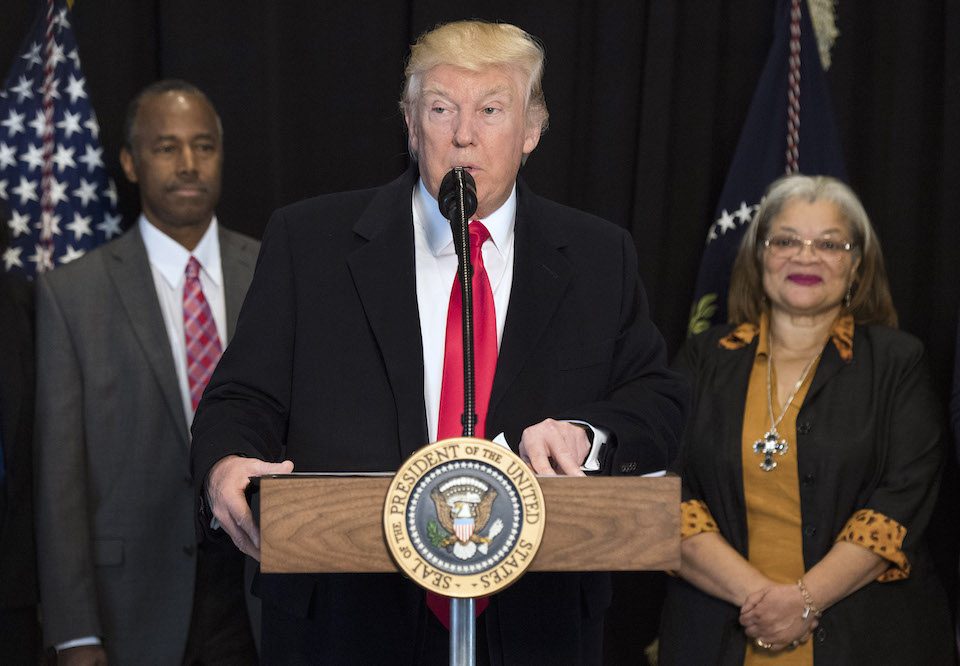 Donald Trump’s apparent takeaway from viewing artifacts of the slave trade was to label the systemic enslavement of millions of people as simply "not good" and "really bad."

Donald Trump recently visited the National Museum of African American History and Culture in Washington, D.C., accompanied by Alveda King, niece of civil rights pioneer Martin Luther King Jr. (and something of a right-wing pundit herself).

According to King, when Trump saw a stone auction block where slaves would stand before they were sold as property, he simply said, "Boy, that is just not good. That is not good."

"Not good" and "really bad" are breathtakingly inadequate terms to describe the horrific institution of slavery, in which hundreds of thousands of human beings were captured and traded and kept as property to be used as free labor, with thousands killed in the process. As were their descendants. And the descendants of those people.

Trump is not going to pivot or "reset" on racial issues, and his shallow words on the institution of slavery are more proof.