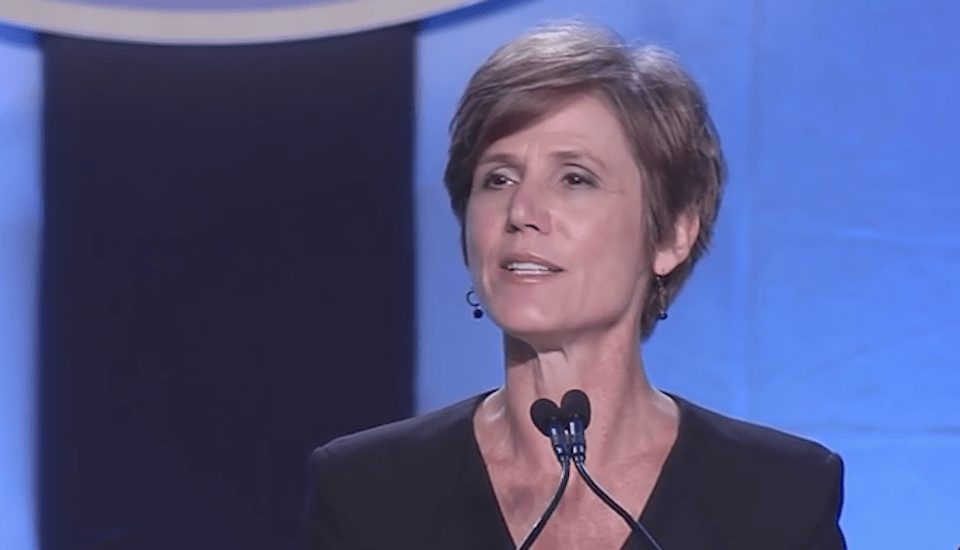 Former acting Attorney General Sally Yates intends to testify before a Senate committee that she warned Donald Trump's White House counsel that Michael Flynn lied about his contacts with Russia, and that he was vulnerable to being compromised by them while serving as national security adviser.

Former acting Attorney General Sally Yates is reportedly set to testify before a Senate subcommittee that she warned the Trump administration that former National Security Adviser Michael Flynn was vulnerable to being compromised by Russia.

CNN reports that sources familiar with Yates' story say she is going to tell a Senate panel that in a private meeting on January 26, she told White counsel Don McGahn "that Flynn was lying when he denied in public and private that he had discussed US sanctions on Russia in conversations with Russian Ambassador to the US Sergei Kislyak."

Flynn's lies, which later became the public reason for his firing three weeks after Yates' meeting, made him "potentially vulnerable to being compromised by Russia," in Yates' eyes, per CNN's sources.

Yates was later fired by Trump, after she said that his Muslim ban executive order was not legal.

The Department of Justice, now led by Attorney General Jeff Sessions (who has recused himself from Russia investigations after he lied in congressional testimony about his contacts with the Russian ambassador), has attempted to block Yates' testimony, claiming that executive privilege applies to her comments.

The White House is also actively obstructing another congressional investigation into possibly illegal foreign payments to Flynn, refusing to turn over documents pertaining to his income.

The Trump administration has tried to turn the page from the collection of investigations into its ties with Russia, but more evidence continues to emerge. Yates' testimony could provide some answers to the many questions surrounding Trump's campaign and administration.