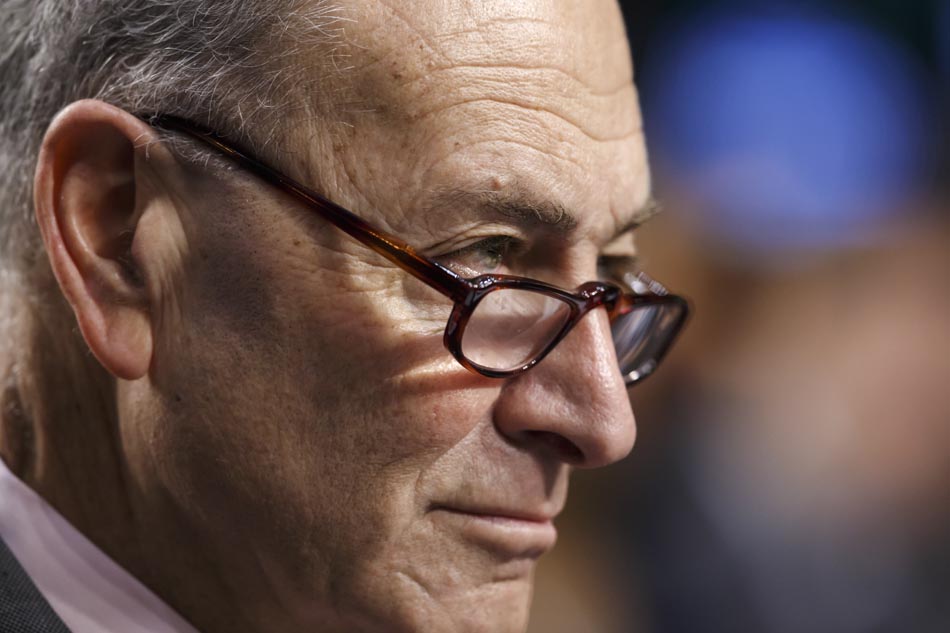 Democratic Senate Majority Leader Chuck Schumer announced he will join other Democratic senators in filibustering Neil Gorsuch to try to prevent his appointment to the Supreme Court.

Based on questions both about the wisdom of allowing a president who is under investigation by the FBI to make a lifetime appointment to the Supreme Court, and about the judicial objectivity of Donald Trump's nominee, Senate Minority Leader Chuck Schumer announced that Democratic senators are preparing to filibuster to stop Neil Gorsuch's confirmation.

The call for postponement of the vote began among concerned American voters.

After it was revealed that there is more than just circumstantial evidence of collusion between Trump and Russia, Democratic and progressive leaders joined in the calls to wait until the FBI and any other relevant investigating bodies have completed their probes.

Schumer: It is unseemly to be moving forward on #SCOTUS nominee with cloud of FBI investigation hanging over @POTUS

RT if you agree pic.twitter.com/ib4DETV3Ma

Before I move on to another topic, I'd like to point out that it is the height of irony that Republicans held this Supreme Court seat open for nearly a calendar year while President Obama was in office but are now rushing to fill this seat for a president whose campaign is under investigation by the FBI... You can bet, if the shoe were on the other foot and a Democratic president was under investigation by the FBI, the Republicans would be howling at the moon about filling a Supreme Court seat in such circumstances... It is unseemly to be moving forward so fast on confirming a Supreme Court justice with a lifetime appointment while this big great gray cloud of an FBI investigation hangs over the presidency.

Democratic Senator Richard Blumenthal backed Schumer's remarks: "There’s no more important decision we will make in this session [than voting to fill the Supreme Court vacancy]. We ought to take all the time that is necessary. There’s no deadline for this decision."

Democratic Senator Elizabeth Warren also spoke out in favor of postponing the appointment:

Neil Gorsuch is up for a lifetime appointment to the Supreme Court from a President whose campaign is under FBI investigation.

But is the Senate really going to pretend there's no cloud over @realDonaldTrump & move on w/ the Gorsuch nomination like things are normal?

Senator Jeff Merkley of Oregon joined the call as well:

Questions about Gorsuch's impartiality grew during the course of his confirmation hearings, as he consistently evaded direct questioning and repeated well-rehearsed talking points.

The qualifications for Senate confirmation shouldn't be skillful evasion of questions, it's not how the hearing process is supposed to work.

As he faced intense questioning from Democratic Senators Amy Klobuchar and Al Franken, and was called out on policy and legal concerns, including his own opinion which was rejected unanimously by the Supreme Court during the hearings themselves, Gorsuch became testy, repetitive, and evasive.

Gorsuch is known to be a far-right conservative ideologue, and his nomination is widely seen as payback by Trump to the white Christian evangelical right for their support in the 2016 election.

Since the Democrats in the Senate do not have the numbers necessary to demand a delay on the vote, they are choosing to use the tool of the filibuster to attempt to stop the Gorsuch confirmation by preventing the measure from being brought to a vote at all.