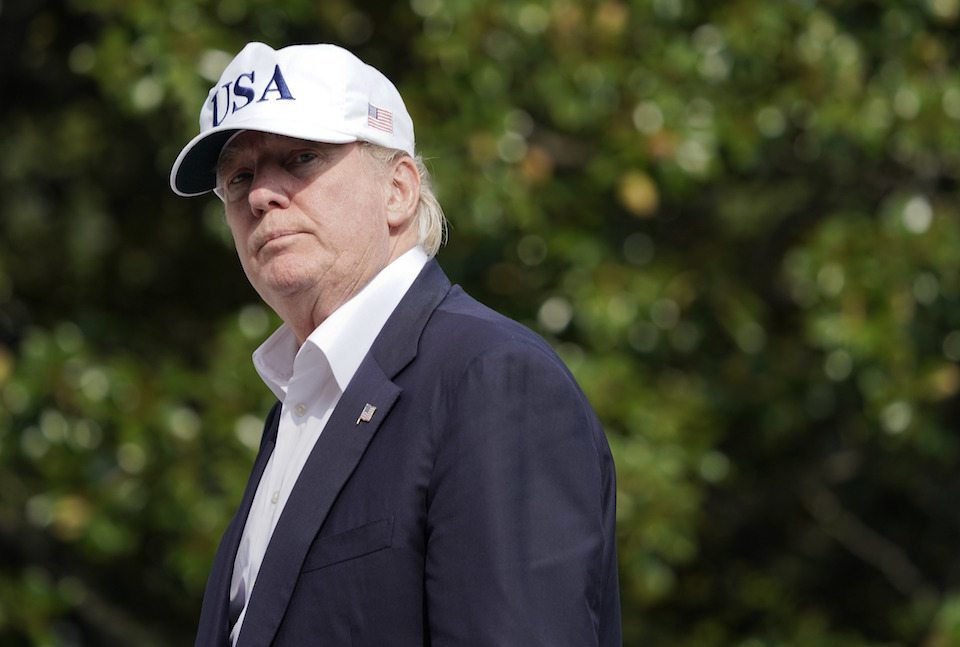 The pro-Trump propaganda site is exploiting the disaster in Texas to attack "the left," defend Confederate statues, and praise Donald Trump for his pathetic response.

Donald Trump has been essentially AWOL in the midst of the disastrous Hurricane Harvey.

As Texas braced for the worst on Friday night, Trump issued a pardon of the criminally racist former sheriff of Maricopa County, Joe Arpaio. Trump explained that move on Monday, saying he did it for the TV ratings.

His Twitter feed has been a scattered combination of gleeful awe at the size of the storm, promotions of conspiracy theorists and right-wing agitators, and attacks on Mexico — which has offered its help to Texas, though the Trump administration has yet to announce whether it will accept the offer.

But over at Breitbart News, the site once again controlled by Trump's former chief strategist, Steve Bannon, the hurricane is a win for Trump.

"The political winner thus far is President Trump," one article proclaims. The evidence of Trump's so-called victory is a statement Trump gave Monday afternoon — after his pardon of Arpaio, his series of bizarre tweets, and his noticeable lack of concrete advice for the victims of the hurricane or those wanting to help. By contrast, President Barack Obama urged Americans to donate to the Red Cross.

According to Breitbart, Trump, who was "attacked for weeks for allegedly dividing the nation, is drawing attention to its unity." Breitbart also points to Trump's trip to Texas on Tuesday as evidence of his management of the crisis.

While Breitbart praises the people of Texas who have shown extraordinary acts of courage and generosity toward one another, it also pointedly attacks Obama and Democrats. It tries to pin George W. Bush's infamously terrible handling of Hurricane Katrina on Democrats, saying they "were in charge" at the time.

And it includes an ugly defense of the white supremacists and neo-Nazis who rioted in Charlottesville, while attacking those who protested their actions — just as Trump has done.

"All of that is happening, notably, in the South," Breitbart states, "a region the left had targeted for a miniature Cultural Revolution in recent weeks, as mobs swarmed historic Confederate memorials (or anything old enough to be held in suspicion)."

But Trump has given the appearance of having very little to do with the government's response. His vice president, Mike Pence, has appeared far more involved, conducting several radio interviews to assure the people of Texas that the government will support them through this crisis and recovery — even though he opposed similar support for victims of Hurricane Katrina when he was a member of Congress.

Pence even tweeted a picture of himself looking quite presidential, as he spoke with senators from the affected region on the phone, which he quickly deleted. This, while Trump was vacationing with his family at Camp David.

It is bad enough to declare that anyone is a "political winner" in the midst of a horrific and deadly natural disaster that affects millions. But to say that Trump is somehow the winner is laughably egregious. And yet exactly what you'd expect from a site dedicated to promoting Trump and tearing down his critics.