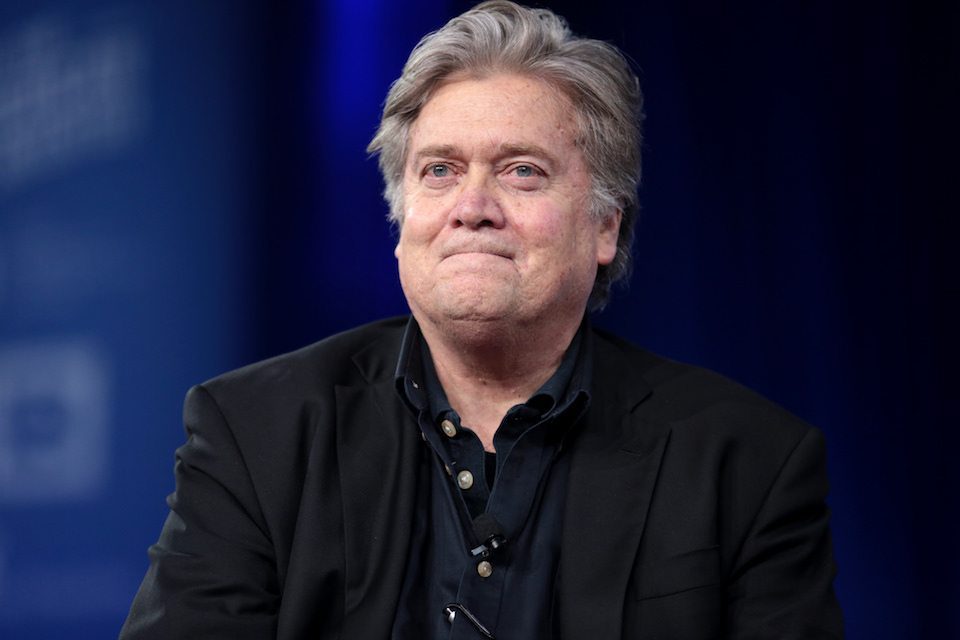 Republican Sen. Jeff Flake has been a reliable vote for Trump's agenda, but his mild criticism has put him on the enemies list of pro-Trump media.

When Steve Bannon left his position as Donald Trump’s chief strategist earlier this month and returned to Breitbart, he said his plan was to get right back to work and use his “weapon” to “crush the opposition.”

But over the weekend, we got our first glimpse of how Bannon plans to use Breitbart to directly influence the future of the Republican party, and American politics more broadly.

Regarding the Arpaio pardon, I would have preferred that the President honor the judicial process and let it take its course.

The tweet wasn’t exactly biting criticism, but as Trump’s staunchest defender, Breitbart went on the attack to let Flake  know that dissent would not be tolerated.

Over the next several days, Breitbart slammed Flake in a series of articles and video clips, most of which sought to portray him as an "establishment" Republican with liberal views on immigration. He was described as "one of the most prominent pro-amnesty and pro-mass low-skill immigration Republicans” in the country by one article, while another questioned his loyalty to Trump based on his history as a "never-Trumper."

On Sunday evening, Flake’s primary challenger, former state Sen. Kelli Ward, appeared on "Breitbart News Sunday" and slammed Flake for “[dwelling] in the swamp [and] standing in the way of” Trump’s agenda.

This is classic Breitbart. In all likelihood, Flake is the GOP’s best hope to hold the Arizona senate seat in a tough electoral year. But Trump doesn't care about the party as a whole, and Bannon wants to burn the whole thing down to the ground. He's happy to pander to Trump's ego, using Breitbart as Trump's personal propaganda arm to spin failures into triumphs. Trump’s terrible policy record, according to Breitbart, is the result of being held back by those others — the “establishment Republicans,”“globalists,” liberals, and anyone else who is seen as getting in the way.

Breitbart was among the first U.S. political websites to understand and unleash the power of weaponized information onto the American public. The website is so vehemently pro-Trump that it took his side when his campaign manager allegedly assaulted one of its own employees.

Described as the "most pro-Trump news outlet on the right," some Breitbart  employees have reported that Trump provided financial backing in exchange for favorable coverage.

When Bannon left the so-called “platform of the alt-right” in August 2016 to join the Trump campaign, the decision was presented as a temporary one. No one expected Trump to win, so everyone involved assumed that Bannon would return to Breitbart immediately after Election Day. But Trump’s surprise victory turned into a job opportunity for Bannon, who accepted a top position as chief strategist in the fledgling Trump administration.

Now that he’s been turned loose, Bannon is free to unleash his “weapons” on Trump's critics in and outside of the White House. If this weekend is any indication, he'll have his hands full — shielding the man who can still be baited with a tweet.