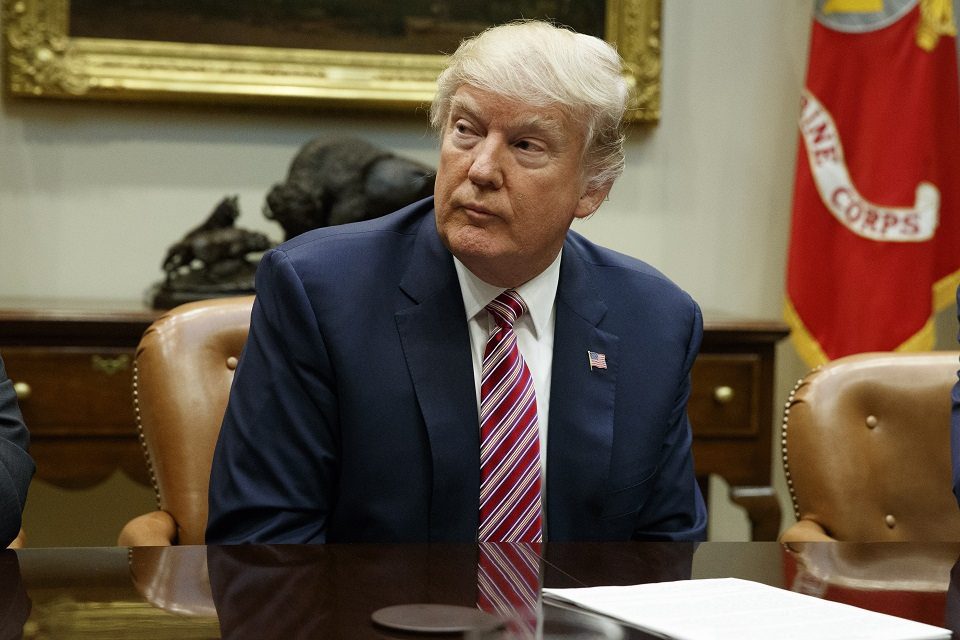 Donald Trump is predictably trumpeting a February jobs report that saw 235,000 jobs added, and while it is debatable whether Trump can take any credit for jobs created under Obama-era policies, it is a fact that Trump has failed to improve on Obama's performance, or even to meet his own standards.

Donald Trump was quick to retweet a Drudge report headline trumpeting February jobs numbers that were, in Drudge's words, "great again," but were actually a continuation of the record-setting trend set by President Barack Obama:

It is definitely too early to tell what effect, if any, Trump's election has had on employment. But during his first month in office, no new economic laws or policies have been enacted, thus these job gains are substantively thanks to Obama.

The February jobs report also saw upward revisions of the last two months of Obama's presidency by 12,000 jobs, including a revised January estimate of 238,000 jobs, which is larger than the total for which Trump now seeks credit. As Politico's Ben White notes, this month's numbers are identical to the last two February reports under Obama:

To be fair, attitudes toward Trump and his presidency are likely baked into these numbers to some degree, but the fact that he has not improved on Obama's performance would indicate tepidness, at best, in those attitudes.

And Trump's performance is also a marked failure when measured against his own previous standards, as this month's numbers fall well short of the benchmark Trump set in 2012:

Today's job report is not a good sign & we could be facing another recession. No real job growth. We need over 300K new jobs a month.

With the labor participation rate at a 36 yr. low, over 92M Americans are out of the work force.

If you include people who have left the work force, unemployment rate is 15%. Labor participation rate is lowest in 70 yrs.

Welcome to the @BarackObama recovery--the labor force participation rate is at a NEW 30 year low of 64.3% http://t.co/7SRYZNQ1

At this point, though, jobs numbers are a poor indicator of Trump's performance as president, and at best merely hint at perceptions of his policies to come. Once those policies begin to take effect, the story could be quite different. But for now, this is just the strong Obama economy still chugging along.