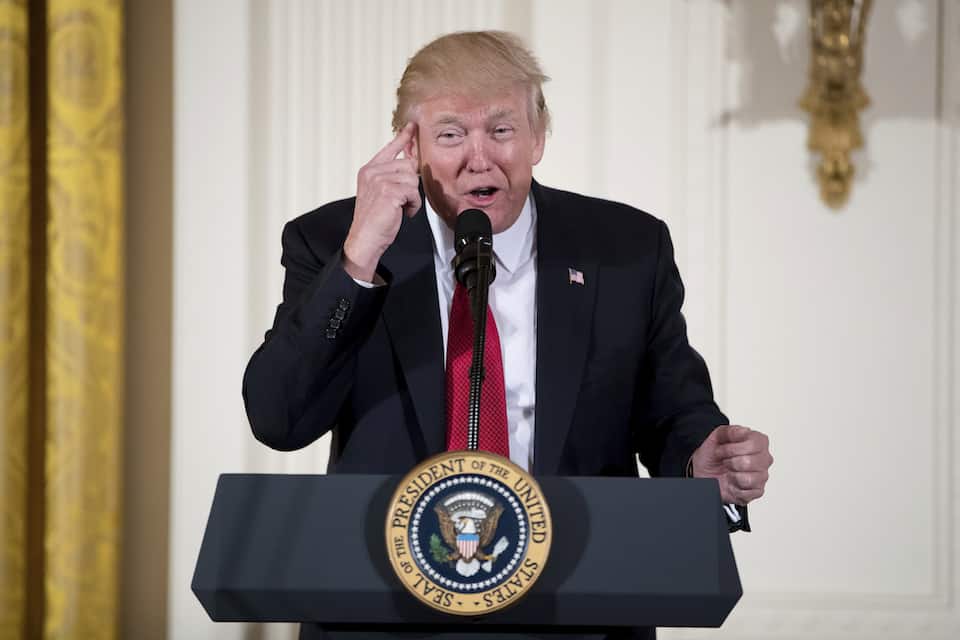 Former National Security Advisor Michael Flynn has offered to testify about Russian interference in the 2016 presidential election in exchange for a promise of immunity from prosecution. Flynn has made his offer to both the FBI and the ongoing congressional investigations into the matter.

But in September 2016, Donald Trump blasted people who took immunity in an investigation, telling the crowd at a campaign rally that only people who were guilty would need it:

Flynn was a major component of Trump's 2016 campaign, and led the infamous "lock her up" chant about Hillary Clinton at the Republican National Convention.

And in an appearance on NBC's Meet the Press in September 2016, Flynn said that taking immunity in an investigation, "that means you have probably committed a crime."

So a couple things: The very last thing that John Podesta just said is 'No individual too big to jail.' That should include people like Hillary Clinton. I mean, five people around her have had — have been given immunity, to include her former Chief of Staff. When you are given immunity, that means that you have probably committed a crime.

Flynn was removed from his position when it was revealed he had communicated with Russian entities and claimed otherwise when asked about it. It was also later disclosed that Flynn accepted money from a foreign entity.

Trump's campaign is now the subject of multiple congressional probes and an FBI investigation for its involvement with the Russian government's attempts to influence the 2016 election.

And amidst all of this, it appears that the Trump team may have had a change of heart on the subject of immunity — now that it is starting to hit home.