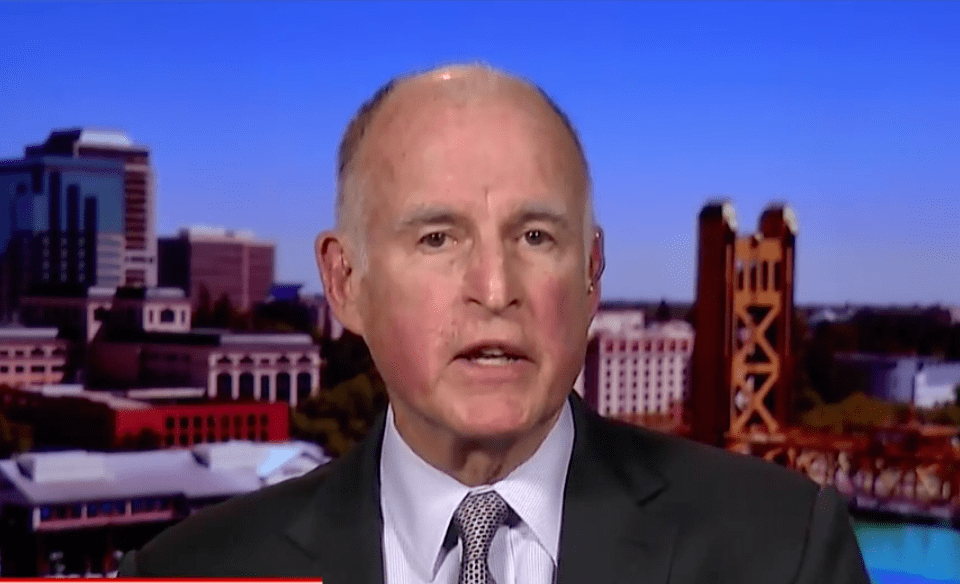 Donald Trump may have received a little applause in the Rose Garden during his announcement that he will pull the United States out of the Paris climate accord. But the response around the world has been strong opposition — including from the sixth-largest economy in the world: the state of California.

Donald Trump went to some rather bizarre efforts to make his announcement in the Rose Garden that the United States will be pulling out of the Paris climate agreement seem like a celebratory moment.

But while the assembled crowd of aides and supporters offered perfunctory applause, the vast majority of the rest of the world saw nothing whatsoever to praise in this decision.

Many foreign leaders from allied countries, as well as heads of numerous major corporations within the U.S., expressed disagreement and disappointment, and vowed to continue the crucial work of combating climate change and saving the environment in which we and future generations have to live.

And they were joined in their condemnation by many politicians across the country. Most notably, the governors of New York, Washington, and California issued a bold statement, lambasting Trump's move as "reckless," and announcing that they would form a "United States Climate Alliance" to persevere with this work, sans the White House.

And one of those governors — Democrat Jerry Brown of California — laid out his plans in detail, and made even clearer his determination to continue the forward-looking environmental path on which his state has led the way for many years.

As Brown told MSNBC's Ari Melber, California will not be dissuaded from this work by Trump's "misguided action," which he believes will serve to "galvanize the people ... of the whole world."

MELBER: How are you going to combat this move from President Trump?

BROWN: Stay the course. California has a very imaginative and aggressive climate action policy. We have a goal of 50 percent renewable electricity by 2030. We're already about 27 percent now, and we'll even go beyond that. We have zero emission mandates for automobiles. We have energy and appliance regulatory standards. We also have a cap-and-trade program. So, we're all in, in decarbonizing our economy.

And, of course I have to admit we've got a long, long way to go. But we're moving in that direction, and the economy has rewarded these policies with growth 40 percent faster than the national average — 2.3 million jobs just since the last recession. So, we're on the move. We'll keep going.

And more specific action — I'm leaving tomorrow for China. I'll meet with high officials there to forge new China-California climate agreements. I'll also work with New York and Washington and several other states in what I call the Under Two Coalition: A group of 175 different partners — Canada, Mexico, Quebec, New York, Massachusetts, California — representing a billion people and almost 30 percent of the world's economic output. We are agreed on a climate set of goals, very similar to the Paris agreement. And we are moving forward and we'll continue. And I would say this action, very misguided action by President Trump, will act as a catalyst to galvanize the people of California and, I would say, of the whole world to do the right thing in getting us on the path of sustainability.

Brown went on to discuss further possibility of direct foreign policy actions that California can take, particularly with China. He noted that his state — currently the sixth-largest economy in the world, behind only the U.S., China, Japan, Germany, and the United Kingdom — has "as much clean-tech capital investment" as China and Europe combined.

He added that, with Trump's decision, China is now the sole pillar in this area, and that California will be working with China, in defiance of the Trump administration, to "achieve our mutual goals."

Brown vehemently declared that Trump's statement was far from the last word on the subject; rather, it was "a temporary deviation from the world norm" — something he is ready to correct as soon as possible. And he pointed out that Trump has merely served to demonstrate that climate denial has "no integrity and no future."

When Melber asked Brown about Trump and the GOP's assertions that public opinion within the country is on their side — something Trump ignorantly attempted to drive home with his statement that he "was elected by voters of Pittsburgh, not Paris" — the governor minced no words.

MELBER: Governor, we've talked policy. My final question for you, then, would be on public opinion. As you know, the president really emphasized in his remarks today that he was doing this for Pittsburgh, not Paris. What is your view or your response to that, the idea that Americans don't want these kind of accords?

BROWN: I've never seen any survey that would substantiate that. That is truly a junk fact. The majority of people support the Paris agreements in dealing with climate change. And number two, the whole premise that somehow the Paris agreement loses jobs? The exact opposite. So Mr. Trump is wrong on jobs, wrong on the facts, wrong on science, wrong on public opinion. So, with all that on our side, I believe we will overcome.

The Trump administration and the GOP may not want to recognize the economic and social power of the state of California, but California politicians will hardly let that stop them from fighting for their constituents, for the country, and for the world as a whole.

It has been said that "as goes California, so goes the nation." Brown is clear that he intends to make that adage as true as possible when it comes to defending the planet and the people from Trump.