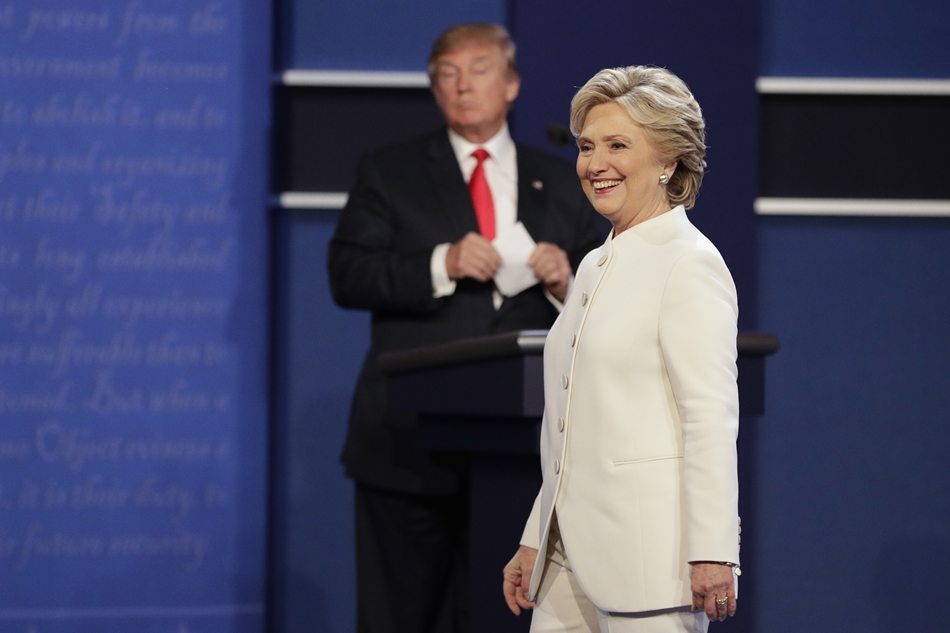 The end game is playing out in the 2016 race. The debates are over. Early voting has begun. Ground games are being deployed. And Hillary Clinton can look back at three powerful debate performances that have placed her on a path to victory.

Welp, that's three debates and three embarrassing losses for Trump. Three strikes and you're out, pal!

Trump came unglued in the third and final debate. My colleague Tommy Christopher covered the wild and woolly proceedings:

Trump has been toying with the idea of claiming a rigged election if he loses, but at the third and final presidential debate, he flatly refused to say he would recognize the results of the November 8 election. And that was just one of several disqualifying statements from the Republican candidate.

The contrast between the two candidates was apparent in each of the three debates, but perhaps most striking in the third. Clinton was the picture of poise and dignity, Trump no better than a pouting child.

American voters now know the choice before them is between a president and a childish bully with a tenuous grasp of the facts and a dangerous lack of self-control.

This quote is more apt than ever: