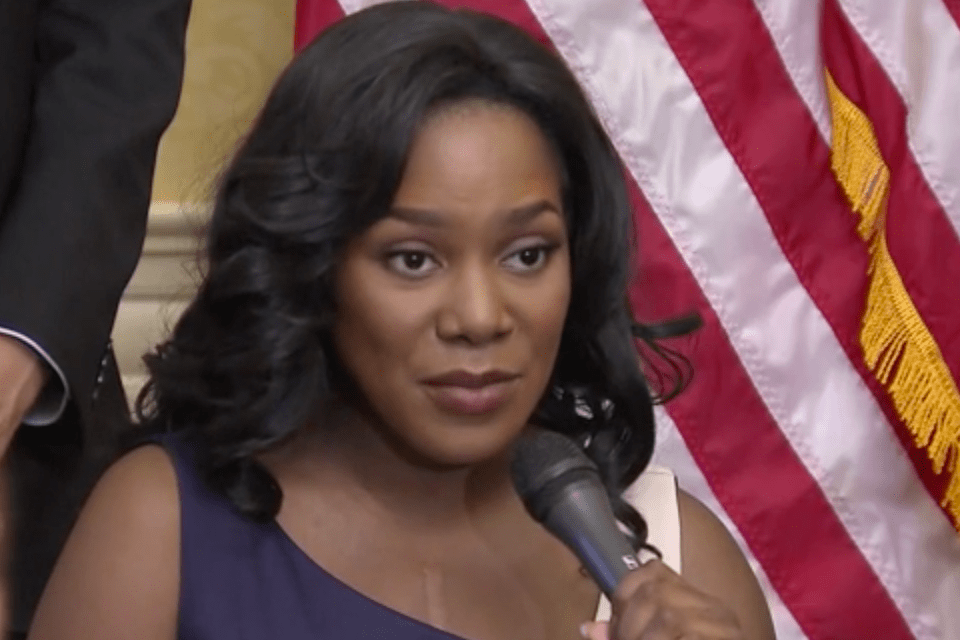 Sen. Cory Booker
Get The American Independent in your inbox

The health care repeal plan championed by Donald Trump and the GOP has already proven to be a disaster on all fronts, and it hasn't even made it to the Senate floor yet. A young Black woman whose life was saved by Obamacare offered critical warnings about how repeal would devastate vulnerable Americans like herself.

Donald Trump, House Speaker Paul Ryan, and most of their Republican colleagues are still enthusiastically championing their plan to repeal the Affordable Care Act, despite the fact that it has proven to be an utter mess from the very beginning.

And the updated review of the plan by the Congressional Budget Office does nothing whatsoever to change that: The report states that the number of people who would lose health insurance under the GOP's plan — 23 million by 2026 — remains nearly unchanged from the first iteration.

This element of the repeal plan in particular would have devastating consequences for millions of Americans, including many who are already so vulnerable and marginalized. The GOP seems rather unconcerned about those people's lives — or even actively hostile to them.

But Democrats will not allow these Americans in need to be forgotten.

Sen. Cory Booker (D-NJ) has been a passionate voice at the forefront of the resistance to the Trump administration and the health care repeal plan. And at a press conference highlighting the disparate impact the bill would have on people of color — who already suffer from racially driven diminished access to quality, affordable care — Booker called out Trump for exacerbating that reality.

Referencing Trump's repugnant declaration to Black voters during the campaign that they have nothing to lose by voting for him, Booker spoke of damage that the plan's impact on health care in general, and on Planned Parenthood in particular, would have on communities of color:

And so, those words of Donald Trump's hauntingly hang in the air: "What do you have to lose?" Here we are, roughly four months into his administration, and he has actually shown clearly the many things that he is trying to undermine, the progress he is trying to stop and roll back. "What do you have to lose?" he asks. Well, now he answers his own question: access to health care.

But Booker did not offer only his own condemnation. He turned the floor over to someone who could speak out against Trump from her own personal and harrowing experience.

Odunola "Ola" Ojewumi — an activist and advocate for reproductive justice, literacy and college access for low-income and disabled youth, and organ donation — is a double-transplant and cancer survivor whose life was saved by the health insurance changes implemented by Obamacare. And she was able to receive crucial reproductive health care, often out of reach or denied to people of color and people with disabilities, thanks to Planned Parenthood.

She told her poignant story to put a face on the concept of "pre-existing conditions" and on the abstract notion of a Planned Parenthood patient — and to remind conservatives that there are real people behind the jargon.

By the time I was 12 years old, I became the recipient of a heart and kidney transplant only five hours apart. And six years later, as I was entering college, I was diagnosed with a post-transplant cancer. Without the Affordable Care Act, this would have been a death sentence.

Instead, my pre-existing conditions didn’t preclude me from getting health care that I needed to save my life. I was able to stay on my parents’ health insurance until I was 26, so I could receive the lifesaving medical treatment it took to fight my cancer. Not getting shut out of health coverage ensured that I could afford my 22 pills a day, frequent hospital visits, and my wheelchair.

And it ensured that I didn’t have an additional burden of paying out of pocket for birth control. The reproductive rights of disabled women, especially those of color, are too often forgotten. Rampant discrimination and disproportionally low incomes limit our access to health insurance. And assumptions about our personal lives prevent schools from teaching us about sexual education.

But Planned Parenthood is there. Planned Parenthood is a trusted health care provider that serves millions of people each year, nearly half of whom are people of color, and they’re equipping us with the essential reproductive health care, like birth control, STD testing, well-woman exams, and early live-saving detection of cancer. Women of color often face disproportionate risks of cancer diagnosis and death. As a Black woman who just defeated my cancer, last week I became — I received the unfortunate news that it has returned, and it’s now affecting my GI tract. I know how important life-saving early detection can be.

Health care is not a point in time; it’s a lifelong need. These problems don’t stop. Planned Parenthood also fills in the gaps and provides the sexual education that many disabled people were denied in schools. It provides birth control that many assume that we don’t need, and it provides the health care that we deserve. I’m terrified of what will happen if this bill passes. Racism, ableism, and other forms of discrimination can limit people’s opportunities, and make federally-funded programs like Medicaid the only option to access care. For those patients, Planned Parenthood is a critical resource, and often the only health care provider they’ll see. Without Planned Parenthood, millions would have nowhere else to go.

But instead, a group of mostly white, mostly male politicians are trying to push through the worst bill for women’s health in a generation, with zero input from women like me. We may be shut out of these meetings, but we refuse to be shut out of the conversations. We’re going to fight to protect our lives, our care, and our right to choose our own health care providers. Thank you so much.

It is voices like Ojewumi's to whom Trump and the GOP ought to be listening.

But even if they refuse to, Democrats in Congress and the American people will hear them, and will fight back against this heartless bill on their behalf.