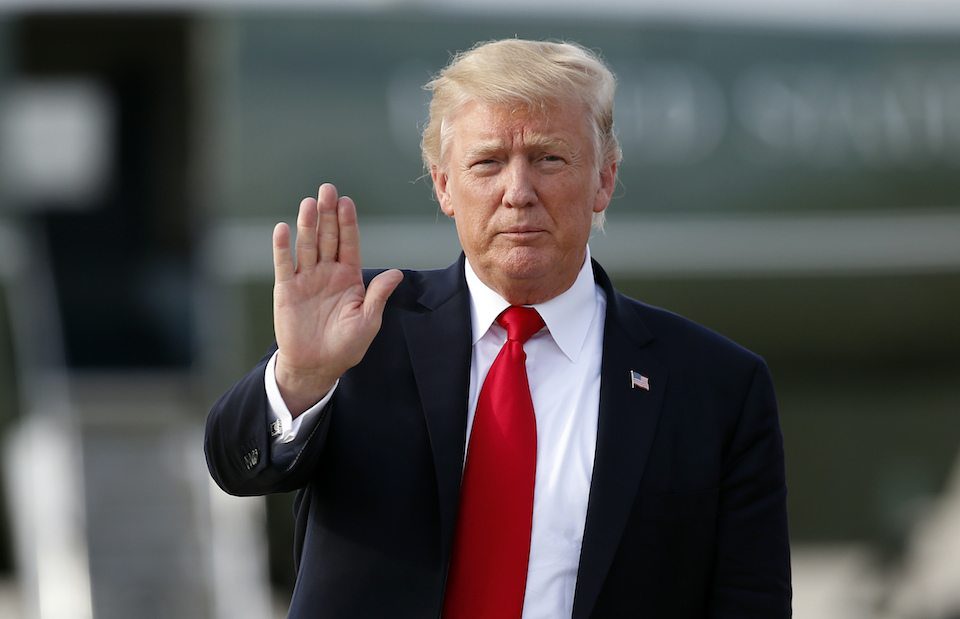 Donald Trump promotes nonsense and conspiracies about medicine that could get people killed, and now he is silencing the CDC, which is dedicated to promoting the truth about these vital topics.

Donald Trump is waging an all-out war on science, trying to silence government experts while members of his administration promote junk science and medical quackery.

The Centers for Disease Control and Prevention is the latest front in Trump's silencing campaign. Axios reports that an internal email from the agency's public affairs officer, Jeffrey Lancashire, instructed all employees not to speak to reporters "even for a simple data related question."

One of the functions of CDC is to better inform the public on critical medical issues, and as Axios reporter Sam Baker noted, "I'd love to know what harm was being done by CDC employees answering 'the most basic of data requests.'"

Trump is not only silencing the agency; he is also working to make it less effective. Hundreds of positions at CDC have remained unfilled under Trump, threatening its ability to respond to pandemics and epidemics.

The directive is even more remarkable when you compare the agency's handling of scientific information with Trump's spreading of conspiracy theories and false information.

The CDC was a vital part of the response to the 2014 Ebola outbreak. The agency helped to coordinate how the first patient with the disease within the United States was handled, while also informing the public about how to respond to the epidemic — using scientific and rational language.

At the same time, Trump was in a panic, posting alarmist nonsense on his Twitter account and misinforming the public about the risk to life:

The U.S. cannot allow EBOLA infected people back. People that go to far away places to help out are great-but must suffer the consequences!

The U.S. must immediately stop all flights from EBOLA infected countries or the plague will start and spread inside our "borders." Act fast!

As his administration is doing now, Trump attacked the CDC, promoting the unfounded conspiracy theory that "Ebola is much easier to transmit than the CDC and government representatives are admitting."

Ebola is much easier to transmit than the CDC and government representatives are admitting. Spreading all over Africa-and fast. Stop flights

Trump was very wrong, and the experts at the CDC were right.

It isn't just Ebola. The CDC is at the forefront of educating the public on the necessity of vaccines and has also worked to document the lies and deceit of those who claim — incorrectly — that vaccines cause autism.

Trump has repeatedly promoted the vaccine-autism nonsense, a fake news story that endangers the lives of children. On Twitter, he complained of "many such cases" where a "healthy young child" went to a doctor and was "pumped with massive shot of many vaccines" that resulted in autism.

This kind of baseless fear-mongering endangers lives. For instance, refusal of vaccines led to a California whooping cough outbreak where 9,120 people got sick.

That the president of the United States is trying to silence such a critical agency that is responsible for protecting the health and lives of Americans in times of crisis is not only chilling, but extremely dangerous.