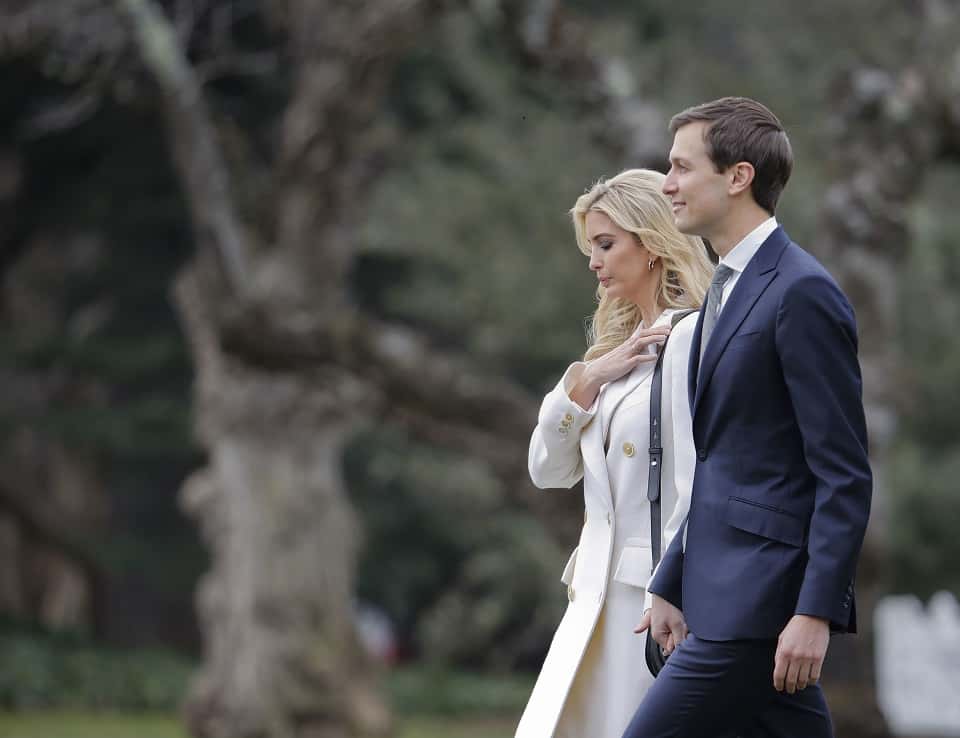 Open corruption: Donald Trump and his family continue to use the office of the presidency to enrich themselves.

Donald Trump plans to host Chinese President Xi Jinping for a summit next month in the United States. In advance of the meeting, a large Chinese holding company has announced a deal involving the multi-billion dollar real estate development company owned by the family of Trump's son-in-law Jared Kushner, and for which Kushner previously served as Chief Executive Officer.

The Chinese company involved, Anbang Insurance Company, has previously been described as "one of China's most politically connected companies."

The terms of this deal reportedly include a payment of more than $400 million and debt forgiveness of an additional $200 million for Kushner Companies, for a total benefit of $600 million. While Kushner claims to have sold his ownership stake in the particular property concerned in the deal, 666 Fifth Avenue, he appears to retain his ownership stake in Kushner Companies as a whole.

Additionally, the assets that Kushner did sell to address concerns about conflicts of interest were sold to his brother, and to a trust, of which his mother is the trustee. While Kushner reportedly stepped down as CEO of Kushner Companies, little evidence of the exact nature and details of his divestment and separation from his and his family's businesses has been provided. Kushner has filed no financial disclosures.

As a Senior Advisor to Trump, Kushner has acted as a foreign policy advisor to his father-in-law the president. On February 28th, Kushner attended a meeting with the top Chinese diplomat to the United States, State Councilor Yang Jiechi, along with Trump and Steve Bannon. Unusually, there were no representatives from the State Department present during that meeting.

As Shareblue has previously covered, top Democratic leaders have called for investigations into Trump's conflicts of interest and possible corruption with regard to China. China recently approved numerous Trump trademark requests, for products as diverse as construction and building supplies to massage and escort services.

At the very least, this raises serious questions about the appearance of a conflict that arises from the possibility that the Kushners are getting a sweetheart deal. A classic way you influence people is by financially helping their family.

The Trump administration's complete lack of transparency about their financial holdings, including Trump still never have produced any tax returns of his own, creates a situation in which the Trump family and their close associates can enrich themselves using with impunity by using United States foreign policy as leverage. As conservative columnist David Frum highlighted, we basically have no way of knowing to what degree the Trump and Kushner families are enriching themselves:

If the Trump-Kushner clan leave office 10x or 100x or 1000x richer than they entered, how will anyone ever know?

When no one is willing to enforce laws and regulations around ethics — which the GOP is proving itself completely unwilling to do — they essentially cease to exist in practice. Trump likes to bill himself as a "law and order" president, but he appears to see himself and his family as above all accountability.