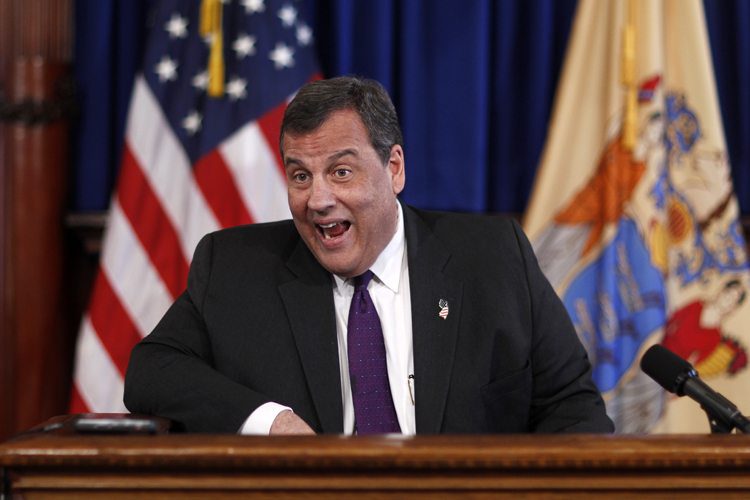 Two former officials from New Jersey Governor Chris Christie's administration are on trial, charged with closing the lanes to the George Washington Bridge during rush hour in 2013 and then subsequently covering up the petty political motivations for the closures. During the trial, a witness testified that Christie knew about the bridge closings and "reacted with laughter."

Chris Christie was told about the bridge scheme during a 9/11 ceremony, and he laughed about it, a witness testified https://t.co/nPl4wa8XDR

In 2014, Chris Christie said he “unequivocally” had no knowledge of the lane closure plan, nor its intent as retaliation against the mayor of Fort Lee for failing to endorse Christie for re-election.

But he did know about it, according to David Wildstein, the former staffer who orchestrated the closings:

[Wildstein] recalled how Mr. Christie reacted with laughter, clearly appreciating the news. And upon learning that the mayor’s calls were being met with silence, Mr. Wildstein said, the governor said in a sarcastic tone, “I imagine he wouldn’t get his calls returned.”

...Mr. Wildstein’s lawyer said shortly after the lane closings were exposed in 2014 — becoming a scandal that helped sink the presidential ambitions of Mr. Christie — that “evidence exists” that the governor knew about the lane closings while they were happening. But the testimony and the photographs [of Wildstein, Mr. Christie and Bill Baroni, then the governor’s top staff appointee at the Port Authority of New York and New Jersey] on Tuesday were the first indication of what that evidence might be.

Looks like things are about to get pretty dicey for Christie. Was his vengeful prank really worth it?