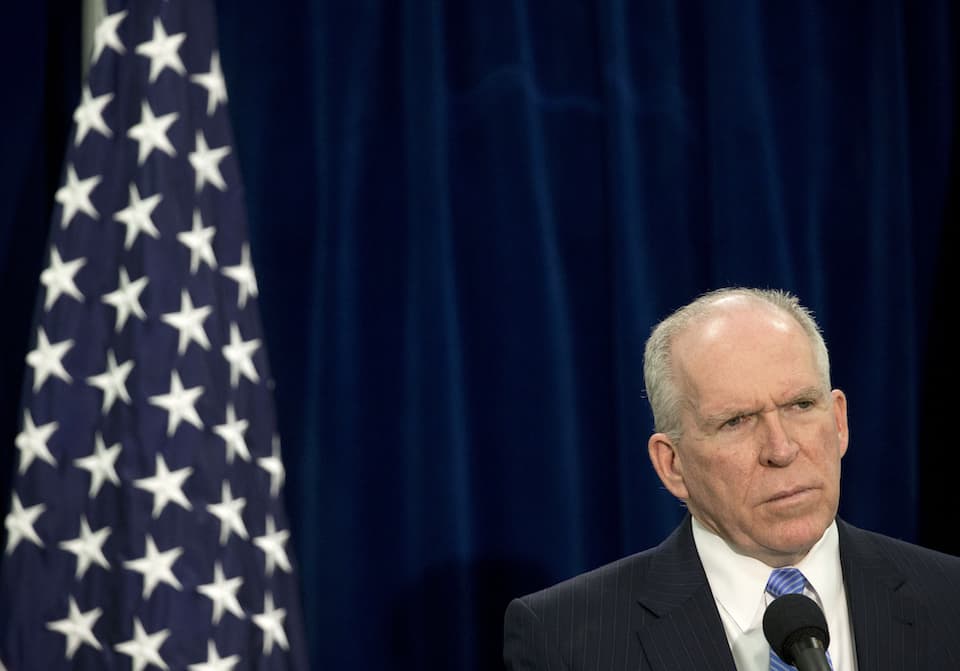 "You may scapegoat Andy McCabe, but you will not destroy America."

Former CIA director John Brennan blasted Trump for gloating about the firing of former FBI deputy director Andrew McCabe, telling Trump that he will go down as "a disgraced demagogue in the dustbin of history."

"You may scapegoat Andy McCabe, but you will not destroy America," Brennan tweeted at Trump. "America will triumph over you."

When the full extent of your venality, moral turpitude, and political corruption becomes known, you will take your rightful place as a disgraced demagogue in the dustbin of history. You may scapegoat Andy McCabe, but you will not destroy America...America will triumph over you. https://t.co/uKppoDbduj

Brennan's remarks came in response to a tweet from Trump celebrating the firing of McCabe as a "great day for democracy." In the same tweet, Trump also took a swipe at former FBI Director James Comey, and smeared the FBI as an agency rife with "lies and corruption."

For months, McCabe has been the target of frequent and vicious attacks by Trump and his Republican allies. His firing on Friday came just two days before he was scheduled to retire, and is widely seen as an act of political retribution by Trump.

In a statement released Friday night, McCabe said he believes he was fired in an effort to undermine special counsel Robert Mueller's investigation — an investigation in which McCabe could be a key witness.

McCabe also said the circumstances of his firing are "part of a larger effort not just to slander me personally, but to taint the FBI, law enforcement, and intelligence professionals more generally."

Brennan has long been a strong voice fighting to ensure that Trump does not obstruct federal investigators as they uncover the truth about the full extent of Russian interference and potential coordination with the Trump campaign.

In May, the former CIA chief delivered a powerful statement to Congress explaining why Americans should care about the integrity of the Russia investigation.

"Our ability to choose our elected leaders as we see fit is, I believe, an inalienable right that we must protect with all of our resources and all of our authority and power," Brennan told members of the House Intelligence Committee.

"And the fact that the Russians tried to influence that election so that the will of the American people was not going to be realized by that election, I find outrageous and something that we need to, with every last ounce of devotion to this country, resist."

Brennan knows what's at stake here — and true to his word, he's not backing down.