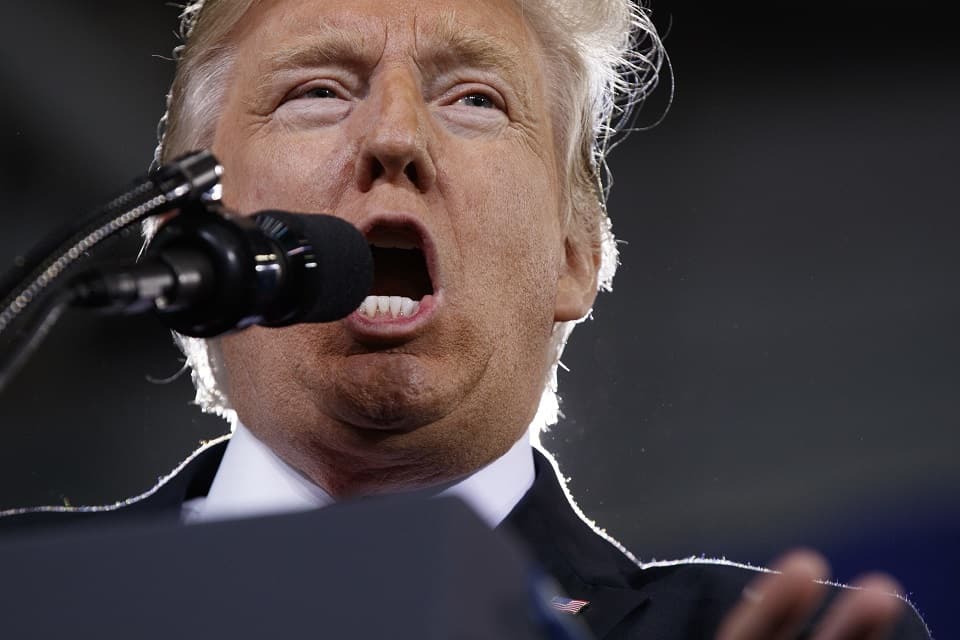 Donald Trump's proposed budget eliminates funding for addressing and combating climate change, and increases funding for initiatives that will make it worse.

Donald Trump's White House submitted a budget proposal seemingly designed to contribute to the acceleration of climate change and cause as much long-term harm to the Earth as possible.

Climate change is among the greatest existential threats to humanity, and Trump is proposing that we stop researching it altogether. It is also an issue that is only meaningfully addressed through international cooperation — climate recognizes no national boundaries, and you cannot "build a wall" around the climate of the United States.

At the Department of Commerce, funding for the National Oceanic and Atmospheric Administration has been targeted for cuts. The proposed budget calls for complete elimination of funding for grants and programs for the NOAA's coastal and marine management, research, and education programming. Global warming causes melting of polar ice caps, which in turn results in sea level rises. Combined with the more severe and erratic weather events that are a part of climate change, those higher sea levels present life-and-death threats to coastal areas and the people who live near them. The NOAA also performs climate change modeling, forecasting, and education to help people prepare for climate variability.

Reduced funding for preservation programs means there will be fewer employees to oversee the well-being of the wildlife and the national parklands owned by the American people. At the same time, increased funding for drilling on public lands sets the stage for probable destruction of pristine public lands by the oil and gas industry, with few if any staff available to monitor whether those areas are being violated or not.

Trump also wants to increase funding for the Department of Energy's management of the nation's nuclear weapon arsenal, and to reinstate funding for licensing of yet another nuclear waste storage site in the United States. In contrast, he proposes cutting or eliminating funding for the Advanced Research Projects Agency-Energy and the Advanced Technology Vehicle Manufacturing Program.

Those programs were created as a bipartisan effort and authorized by former President George W. Bush to "identify the most urgent challenges the U.S. faces in maintaining leadership in key areas of science and technology" and identify steps to address them. The challenges include using technology to increase energy efficiency and alternative fuel sources in order to help address the pressing danger of climate change.

Trump has previously expressed bizarre sentiments regarding climate change, including complete disbelief in global warming, going so far as to call it a "concept" supposedly "created by and for the Chinese" to make the United States less competitive and labeling it "bullshit":

The concept of global warming was created by and for the Chinese in order to make U.S. manufacturing non-competitive.

This very expensive GLOBAL WARMING bullshit has got to stop. Our planet is freezing, record low temps,and our GW scientists are stuck in ice

Under Trump's budget proposal, monies saved by these cuts will be funneled toward the Department of Defense for increases in military spending. While Trump clearly does not care about the evidence and realities regarding global warming and climate change, the Department of Defense does. In 2015, the DoD released a report recognizing climate change as a national security risk, observing:

If GOP lawmakers refuse to confront Trump over these ignorant and harmful cuts, Americans might find ourselves dependent on the DoD to do so.