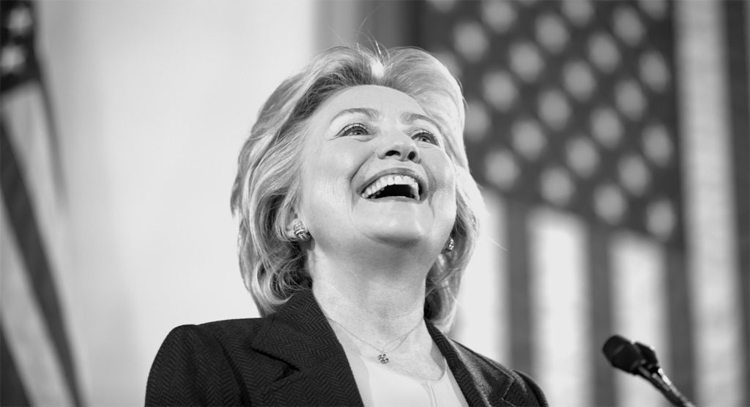 Hillary Clinton is back on the campaign trail, and at the Black Women's Agenda Symposium in Washington, D.C. on Friday made an amusing reference to her recent bout of pneumonia.

Yesterday, my favorite thing of the day was this tweet, imagining Clinton's Wonka-esque return to the campaign trail:

Hillary walking out to her next speech like. https://t.co/LCrVJ9BdVv

I've got to say, I think she's quite likable already.

If you can watch her giving a speech and making a joke that rolls up the Republicans' relentless legislative onslaught against reproductive rights and their obsessive preoccupation with her pneumonia into one killer line, and don't find her likable, that's really not a problem with her.