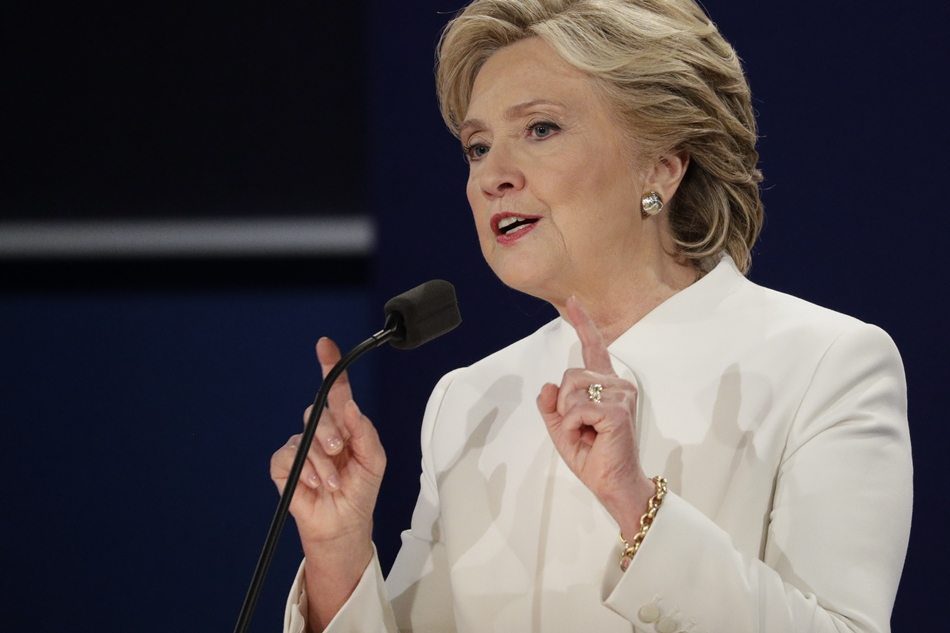 Only one candidate in this election speaks strongly and clearly about the importance of protecting women's rights over their own bodies.

In Wednesday night's third and final presidential debate, the topic of abortion rights was raised by the moderator, Chris Wallace.

And Hillary Clinton offered a powerful and necessary defense of Roe vs Wade and a woman's right to make her own reproductive choices.

Clinton: I have met with women who, toward the end of their pregnancy, get the worst news one could get, that their health is in jeopardy if they continue to carry to term, or that something terrible has happened or just been discovered about the pregnancy. I do not think the United States government should be stepping in and making those most personal of decisions. So you can regulate if you are doing so with the life and the health of the mother taken into account.

Wallace: Mr. Trump, your reaction, and particularly on this issue of late term/partial birth abortion.

Clinton: Well, that is not what happens in these cases, and using that kind of scare rhetoric is just terribly unfortunate. You should meet with some of the women that I've meet with, women I've known over the course of my life. This is one of the worst possible choices that any woman and her family has to make, and I do not believe the government should be making it. You know, I've had the great honor of traveling across the world on behalf of our country. I've been to countries where governments either forced women to have abortions, like they used to do in China, or forced women to bear children, like they used to do in Romania. And I can tell you, the government has no business in the decisions that women make with their families, in accordance with their faith, with medical advice, and I will stand up for that right.

It is absolutely crucial that the President of the United States considers women's health and bodily autonomy to be of utmost importance. These decisions impact every aspect of a woman's life and should never be subject to the misogynist whims of anti-choice politicians.

And only one candidate on the stage agrees with that.