Home National A Clinton victory isn't a luxury for people who look like me...
Support progressive journalism.
Donate today 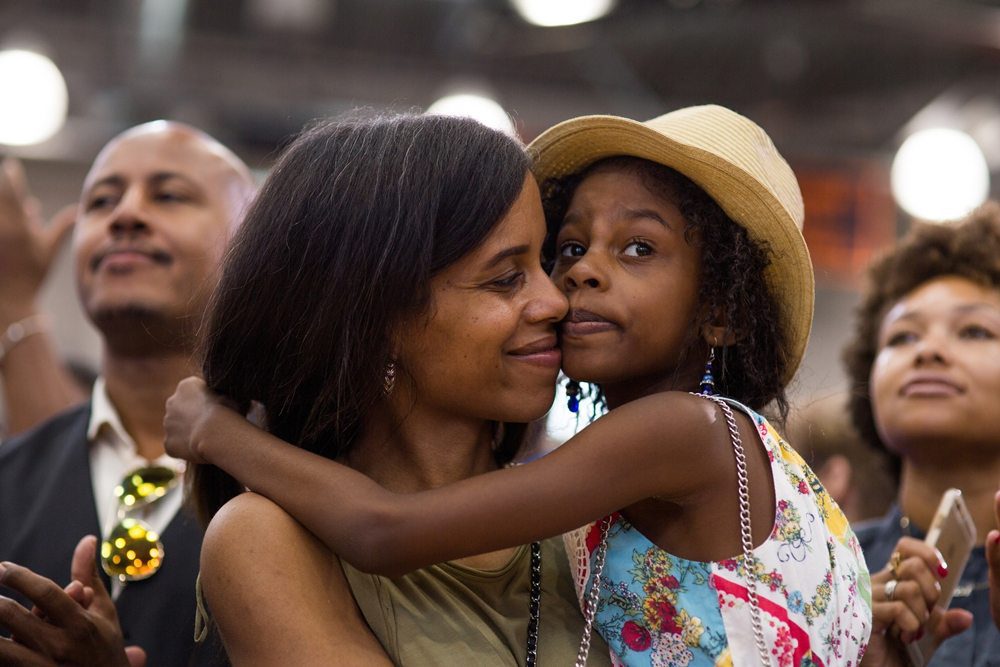 A Southern Poverty Law Center survey found that "two-thirds of educators teaching grades K-12 reported that school children, mostly of color, are scared and stressed about their future if Donald Trump becomes president." As Trump continues to run a full-blown white nationalist campaign, Americans like me have reason to be alarmed. Because of the color of my skin, I don’t just want Hillary Clinton to win — I need her to win.

I am a born and raised New Yorker. My parents immigrated from the south of India. My skin is a darker shade of brown, my hair is jet black, giving me what has been called an "ethnically ambiguous" look.

Since I was a young child, I have been asked the question, "Where are you from?" Most people I've met are unsatisfied with my answer: "I'm from New York." Without fail, they proceed to ask a follow up: "No, where are you really from?" Adding insult to injury, I am all too often asked some variation of "How do you speak English so well?"

My earliest memory of this line of questioning was from teachers and classmates at the age of 5. Before my identity was fully formed, I was essentially told that I didn't belong. Not only did I not belong, but my answers about my own identity were not acceptable and required further questioning from figures of authority. Constant and persistent bullying by my peers, replete with requisite racial epithets, compounded my fears and cemented my status as an outsider before I could believe otherwise.

As a young girl, I had to ask myself heartbreaking questions. Why don't they believe me when I tell them who I am? Am I not trustworthy? Could it be possible that they don't accept what I have to say just because I don't look like them? Can I trust them? If I wasn't really an American, what was I? When I held my hand over my heart with my classmates each morning to pledge my allegiance to the flag, I had to ask myself if I was really part of this "one nation, indivisible, with liberty and justice for all."

I know I am not the only American who has felt this way. There are millions of marginalized people of all ages, genders, ethnicities, abilities, sexual orientations, and religious affiliations who have fought and are still fighting tirelessly to be seen and have their voices heard equally. Millions of people in America who look like me have been told by certain presidential candidates that our lives and voices aren't the ones that really matter, that we don't matter.

With Donald Trump's open embrace of white nationalism, I see safety and security in the faces of the millions of Americans who support Hillary Clinton. Looking through her campaign photos, I see the beautiful mix that America was always meant to be. And I see women who look like me beaming with pride and hope.

Trump's proximity to the White House is mortifying to so many of us. For my future, for the future of our children, for everyone who is invisible to Donald Trump, we need Hillary Clinton to win.