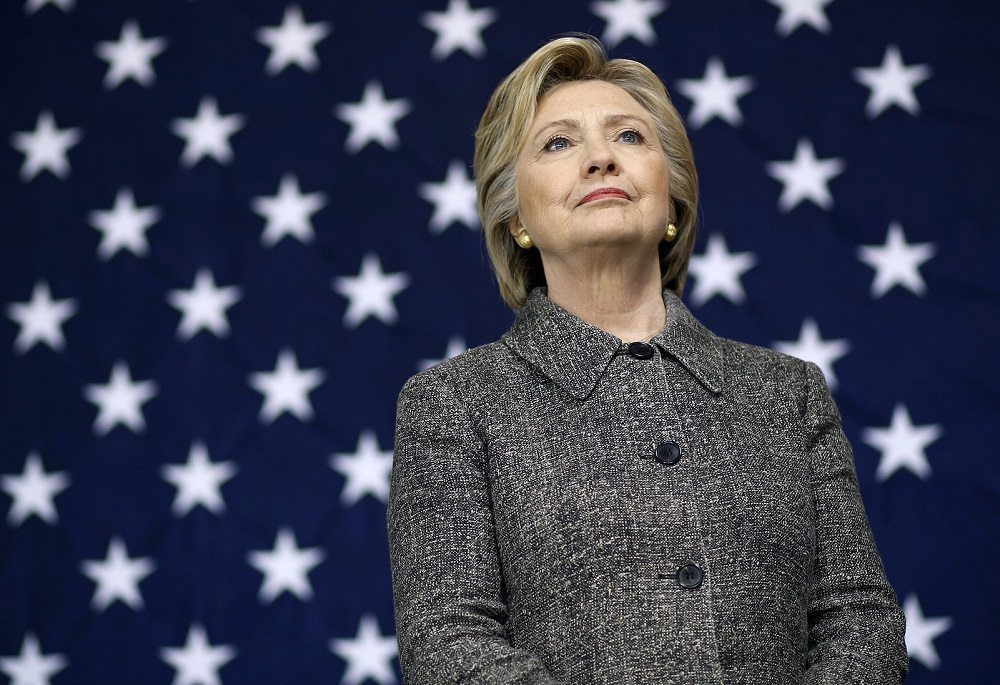 Donald Trump's first invocation of Hillary Clinton's assassination, on August 9, dropped off the front pages after a couple of days. His second, on September 16, hasn't even made the top section of most major publications. By contrast, Clinton's emails have been covered for 558 out of the past 562 days in leading media outlets, including 451 consecutive days (counting back from September 15th). If THAT is not a double standard, nothing is.

There is a fascinating and illuminating exchange between media insider (and Clinton detractor) Chris Cillizza and Norm Ornstein of the American Enterprise Institute, in which Cillizza metaphorically stomps his feet and defends his profession's unseemly obsession with Hillary Clinton's emails. Ornstein's retort is priceless:

Chris, I hate to say it, but I find your response incredibly weak. Yes, her performance as secretary of state is a good, perhaps the best, indicator of how she would govern. And somehow, you and your colleagues in the media have decided that the emails and the Clinton Foundation are the be-all and end-all of her judgment and the indication of how she would govern. Not how she ran the State Department, how she structured and dealt with the team of people around her, how she interacted with the president, the secretar(ies) of defense, the national security advisers, the DNI, etc. Not what she accomplished and did not accomplish. Not her judgments on policy or other leaders. I should add, not all of those stories would be flattering or laudatory. I don't have the time or resources to count up the column inches since the nominations were decided that have been devoted to email and the Foundation, compared to the other issues above, but I would wager the ratio is, as they say, huge.

"Huge" is an understatement.

The Shareblue team did the research and found that as of September 15, 2016, Hillary Clinton's emails have been covered in leading media outlets for 558 out of the past 562 days — with single-day pauses for Beau Biden's funeral and the Charleston mass shooting. Counting back from September 15, the story has been covered for 451 consecutive days.

This exceeds coverage of Watergate, Mitt Romney's 47% comment, Kerry's swiftboating, and every other major political story of the modern era.

The corporate media then have the audacity and egregious lack of self-awareness to ask why Clinton's public image has taken a hit.

There is something gruesome about this entire email spectacle, akin to a pack of wild hyenas nipping, snarling, screeching and doing their hideous best to draw blood and take down their prey.

It is too late in this election season to dance around the harsh truth: This unrelenting obsession with Hillary's emails is largely about gender. There is simply no other explanation for such grossly outlandish coverage of an issue that she has repeatedly expressed regret about and was exonerated for after a lengthy forensic investigation.

To preempt the usual responses, I am not arguing that the story isn't newsworthy, nor am I accusing any particular journalist of sexism. What I am saying is that the culture of the national media has allowed for this incredibly unjust effort to sully Hillary Clinton's character, demolish her personal reputation, and derail her campaign. When Trump receives perfunctory coverage of unprecedented transgressions and Clinton faces incessant and breathless "breaking news" over a cough, something is profoundly wrong.

For example, Clinton was immediately saddled with the Romney-esque 47% label for speaking the truth (inelegantly) about some of Trump’s "deplorable" supporters, while Trump has been given a free pass for actually adding 3 points to Romney's 47% and explicitly calling 50% of Americans lazy freeloaders.

Simply put: The scale, scope and intensity of Clinton coverage over relatively minor issues crosses the line from mere newsworthiness to a gender-based double standard of epic proportions. And the scorn and disrespect with which she is spoken to (and about) — exemplified most recently in NBC's Commander-in-Chief forum — betrays something much deeper than just innocuous imbalance.

Clinton may well become the first woman in history to win the American presidency, despite this brazen instantiation of the gender barrier in the form of institutional media resistance to her candidacy and demonstrable favoritism toward her male rival. If and when she does achieve that historic goal, future generations will look back with disgust at the crazed reporting about an issue that deserved a hundredth of the coverage of Donald Trump's transgressions, not 100 times more.