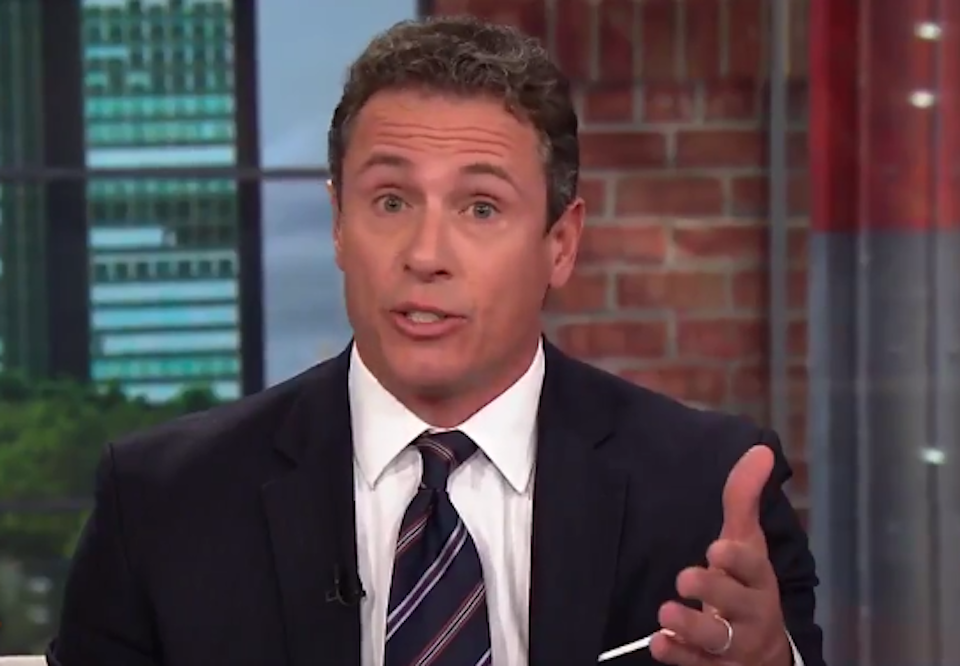 Desperate Republicans surrogates are doing their best to spin away the deeply damaging news from Monday that a former foreign policy adviser to the Donald Trump campaign has already pleaded guilty to lying to the FBI with regard to the Russia investigation.

But some Trump defenders are going even further and aggressively crossing over from spin into pure fabrications. When former Republican Sen. Rick Santorum tried to do that on CNN Tuesday morning, host Chris Cuomo called him out for the obvious lies that he was “spitting.”

“Everybody is entitled to their own opinion,” Cuomo stressed. “Not their own facts.”

Specifically, Santorum was trying to explain away the news that George Papadopoulos, who sat on Trump’s foreign policy team, has already confessed to making “material false statements” to the FBI about the nature of communications he had with Russian contacts in order to try to obtain damaging information on Hillary Clinton.

The Papadopoulos revelation is particularly damaging because it confirms that he learned in April 2016 that the Russians “have dirt” on Hillary Clinton in the form of “thousands of emails.” That preceded by one month the meeting Paul Manafort, Donald Trump Jr., and Jared Kushner had inside Trump Tower with a Russian lawyer to get dirt on Clinton. At no point did anyone connected with the campaign contact the FBI to report a foreign adversary trying to interfere with an American election.

Santorum’s explanation for the guilty plea? Papadopoulos had simply gotten a date wrong during his interviews with investigators and that’s why the special counsel’s office hit him with a felony charge. “He pled guilty to getting a date wrong,” said Santorum. “It’s certainly not a horrible, damning conviction to say that he got a date wrong.”

That is utterly absurd.

.@ChrisCuomo to @NewDay viewers: "Everybody's entitled to their own opinion, not their own facts," read all available Mueller probe docs pic.twitter.com/sZTgbg8pPG

CUOMO: Everybody is entitled to their own opinion. Not their own facts. Get the supporting affidavit, that one of the FBI agents put out in this situation. It’s online, you can get it. Look through the whole thing. All of you should read all the documentation on this. It’s the only way you’ll know what’s going on. Because Rick Santorum was just spitting. Read paragraph 7, 8, and 9. It’s not just about a date. You don’t get a date wrong and get charged with a felony, OK? That’s called a mistake: "You said the 17th, it was the 16th, oh I’m sorry." It’s not that simple. Read the paragraphs, there are many material misrepresentations of fact. That’s why he was charged with a felony. Know what’s going on here, read the affidavit.

One reason it’s so important for news consumers to read the “documentation,” as Cuomo puts it, is there is a concerted, coordinated attempt by Republicans and the conservative media to simply lie about the unfolding legal proceedings. The White House is even claiming the indictments and guilty plea have nothing to do with Trump and his campaign and "everything to do with Clinton."

It’s a stunning development in American politics. We’ve always had heavy-handed spin when it comes to partisan combat. But the idea that a political party and its operatives are comfortable simply fabricating facts — in this case, about a guilty plea agreement — is astonishing.