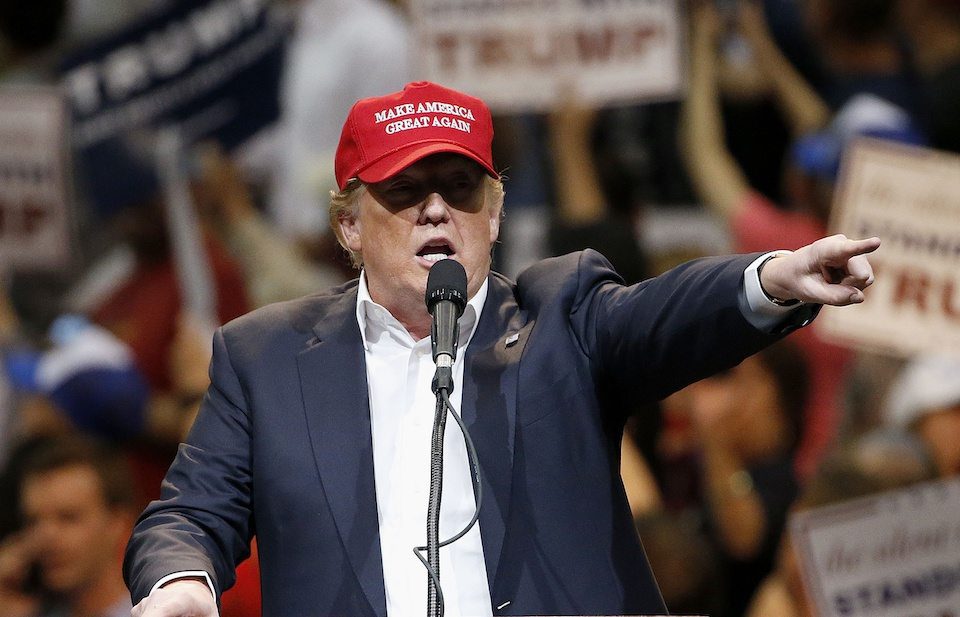 A Kentucky college student is facing a harassment and hate campaign inspired by Donald Trump's decision to push for the deportation of immigrants brought to the United States as children.

A student is facing vicious, racist attacks inspired by Donald Trump's decision to rescind protections for young undocumented immigrants, along with his and his party's ongoing demonization of Latinos.

Paola Garcia, a senior at Transylvania University in Lexington, Kentucky, posted a YouTube video responding to the harassment she has faced.

A student at her school posted a photo of Garcia's Facebook profile, with the caption, "Everyone go report this illegal at my school bragging about breaking the law." Reacting to the hateful comments that the post elicited, Garcia said, "Racists are emboldened today, and he’s inciting them to harass me and report me."

The harassment comes after Trump announced that he would end the DACA program within six months. DACA allows undocumented immigrants who came to America as minors to work and seek legal status without living in the shadows and fearing deportation and prosecution.

The cruel decision puts the lives of nearly a million people in turmoil and chaos, while working to show Trump's anti-immigrant base amongst conservatives satiated.

Garcia was brought to the United States when she was 2 years old and grew up in St. Albans, West Virginia.

Taylor Ragg, the student who posted the attack against Garcia, is a young conservative. He was a campus coordinator for Kentucky Sen. Rand Paul's presidential campaign, and his Facebook profile (now deleted) said he also worked as a legislative intern in the Senate.

According to Garcia, school officials told her that Ragg will not be expelled for his actions.

The Lexington Herald-Leader reports that Seamus Carey, president of the school, sent a campus-wide email that said the school "supports DACA and abhors bigotry and intolerance."

Not long after Trump said some anti-Semites were "very fine people" and made a passionate defense of monuments erected to honor Confederate slavery defenders, a group of teenagers attempted to lynch a biracial 8-year-old New Hampshire boy.

The office of the presidency is the largest bully pulpit in the United States, and perhaps the world. When the person in that office preaches hate, millions of people hear it, and unfortunately, some will act on Donald Trump's words.