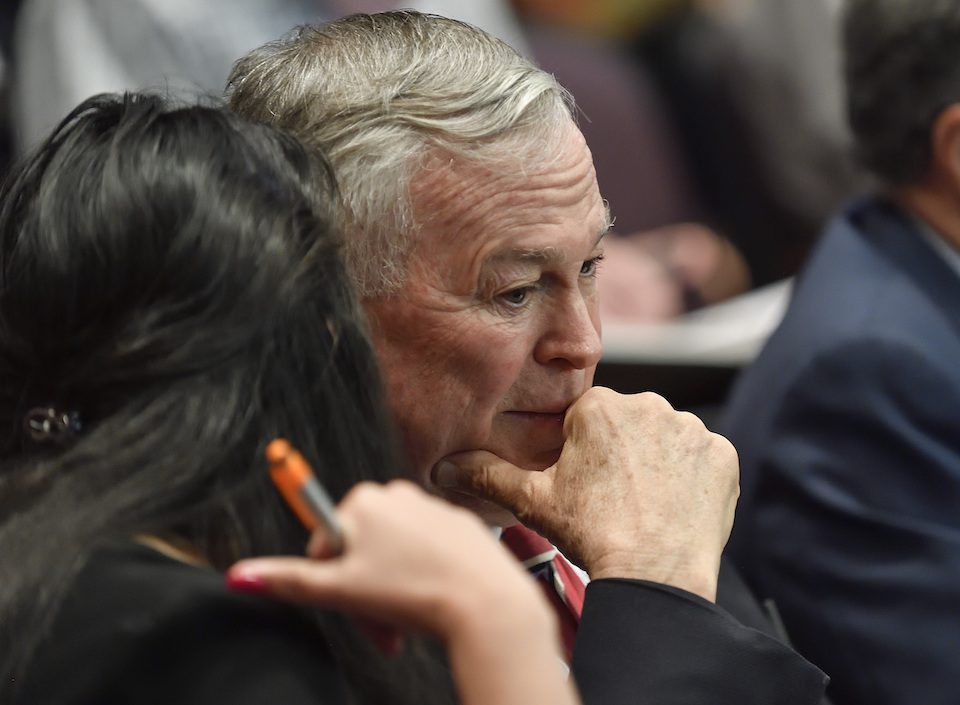 Rohrabacher was addressing the recent accusation by former Trump lawyer Michael Cohen that Trump knew his campaign was going to meet with Russian operatives at Trump Tower in 2016 to get dirt on Hillary Clinton.

"There's not a person in this town who would not take a meeting to get material like that," Rohrabacher told Mother Jones' David Corn. "He suggested he would [take the meeting]," Corn continued.

Just to be clear, Rohrabacher was discussing a meeting requested by individuals working on behalf of a hostile foreign government, meant to provide damaging information about a political opponent. In addition to declaring that he would have attended such a meeting, Rohrabacher is claiming any political operative would do the same.

While Russia-friendly Rohrabacher may have no qualms colluding with Russia, his view is certainly not mainstream.

As Richard Painter, the top ethics lawyer under George W. Bush, explained in 2017, shortly after news of the infamous Trump Tower meeting surfaced, "When a Russian agent calls to offer dirt on a political opponent, a loyal American will call the FBI."

"I've been involved in 9 presidential campaigns ... never happened, never would happen for all kinds of reasons," Weaver told HuffPost.

While this particular event hasn't happened before, there is one historical example that may be illustrative for Rohrabacher to be aware of.

Bush's ethic's lawyer was correct: A loyal American will call the FBI.

But Rohrabacher is apparently more loyal to power, whether his own or that of a dictator half a world away. So offered the opportunity to meet with the operatives of a foreign power to get dirt on his opponent, he'd jump at the chance. And he thinks, wrongly, anyone else would do the same.