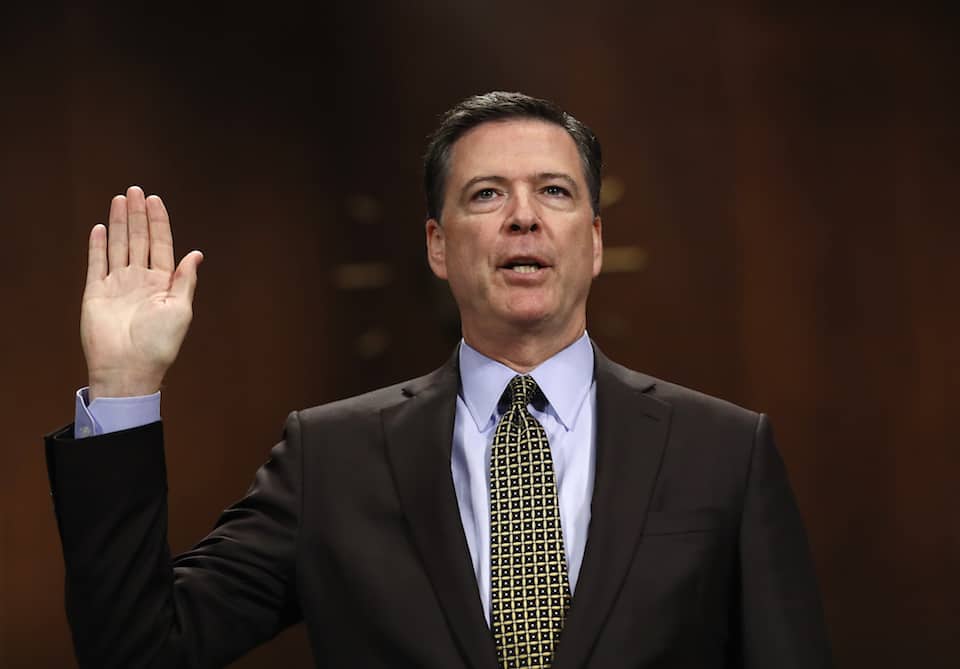 FBI Director James Comey confirmed during a Senate hearing Wednesday that there is an ongoing investigation into leaks from the FBI to top Trump campaign surrogate and ally Rudy Giuliani during the presidential campaign.

FBI Director James Comey told the Senate Judiciary Committee, during an oversight hearing, that he is investigating leaks from his agency to former New York Mayor Rudy Giuliani, who was a top campaign surrogate for Donald Trump.

Senator Patrick Leahy (D-VT) asked Comey about claims by Giuliani, a former prosecutor, that he had a "pipeline" to the FBI, which gave him advance notice of the Clinton emails that were the subject of Comey's October 2016 letter to Congress.

Comey said he "didn't know yet" whether FBI insiders were in contact with Giuliani, but that he was "very interested" in the matter.

LEAHY: A number of surrogates, like Rudy Giuliani, claimed to have a pipeline to the FBI. He boasted that, and I quote, "numerous agents" talk to him all the time – regarding the investigation. He even said that he had — insinuated that he had advance warning about the emails described in your October letter. Former FBI agent Jim Kallstrom made similar claims. Now either they're lying, or this is a serious problem within the bureau.

Did anybody in the FBI during the 2016 campaign have contact with Rudy Giuliani about the Clinton investigation?

COMEY: I don't know yet. But if I find out that people were leaking information about our investigations, whether to reporters or to private parties, there'll be severe consequences.

LEAHY: Did you know of anything from Jim Kallstrom?

LEAHY: Do you know anything about from other former agents?

COMEY: I don’t know yet. But it's a matter that I'm very, very interested in.

LEAHY: But you are looking into it?

During the campaign, there were reports of a connection between FBI sources and the Trump campaign, but it did not receive significant coverage, compared with some of the other stories — like Clinton's emails.