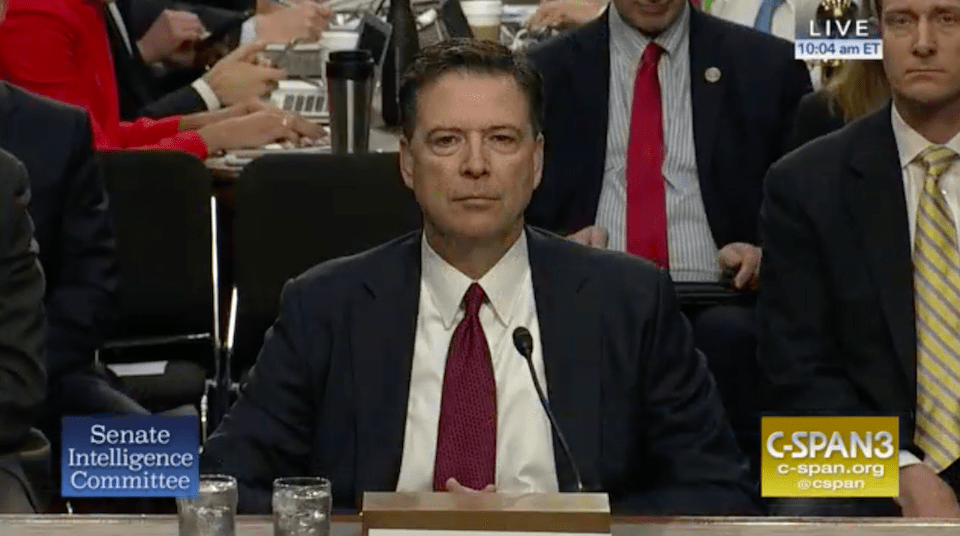 Only minutes into his testimony before the Senate Intelligence Committee, former FBI Director James Comey came out swinging.

He condemned Donald Trump's White House for defaming him and, more importantly to Comey, for defaming the FBI itself.

During his opening statement, Comey condemned the administration for its attacks and for the incredulous justifications it offered for Comey's firing.

Those justifications, Comey said, "were lies, plain and simple."

COMEY: And although the law required no reason at all to fire an FBI director, the administration then chose to defame me, and more importantly the FBI, by saying that the organization was in disarray, that it was poorly led, that the workforce had lost confidence in its leader. Those were lies, plain and simple.

On the eve of his testimony, Comey released a written statement to the committee about his disturbing meetings with Trump, who pressured Comey to drop the Russia investigation and swear his loyalty to Trump.

Trump may have thought firing Comey would make his Russia problems go away, but it's obvious nothing could be further from the truth.