Home National Comey nails Trump: 'I took it as a direction to get rid...
Support progressive journalism.
Donate today 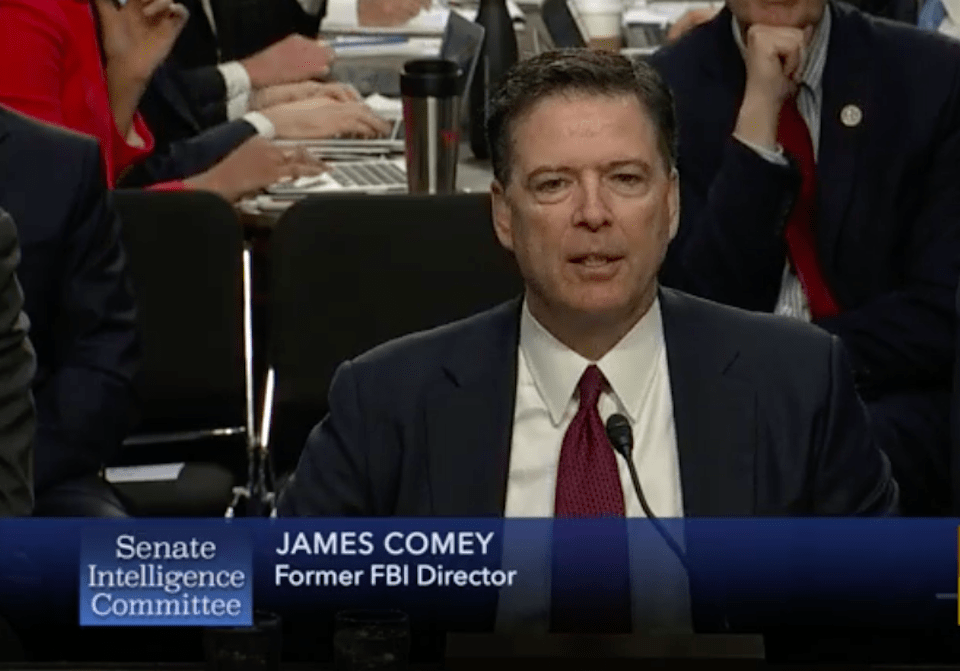 In his testimony before the Senate Intelligence Committee, former FBI Director James Comey made clear that Donald Trump directed him to drop the investigation in Michael Flynn.

In an exchange with Sen. James Risch (R-ID), Comey explained that Trump told him he hoped the FBI would drop the investigation. That, to Comey, seemed like an order.

"I took it as a direction," Comey said.

RISCH: He said, ‘I hope.’ Now, like me, you probably did hundreds of cases, maybe thousands of cases, charging people with criminal offenses, and of course you have knowledge of the thousands of cases out there that — where people have been charged. Do you know of any case where a person has been charged for obstruction of justice, or for that matter any other criminal offense, where they said or thought they hoped for an outcome?

COMEY: I don’t know well enough to answer. And the reason I keep saying his words is, I took it as a direction. I mean, this is the president of the United States, with me alone, saying "I hope this." I took it as: This is what he wants me to do. Now, I didn’t obey that, but thats the way I took it.

RISCH: You may have taken it as a direction, but thats not what he said.

COMEY: Those were his exact words, correct.

RISCH: You don’t know of anyone that’s ever been charged for hoping something, is that a fair statement?

Comey then added further explanation of how he interpreted Trump's hopes.

"I took it as a direction to get rid of this investigation," he said.

Republicans have attempted to turn Trump's use of the word "hope" into a game of semantics to argue Trump's "hope" was not a direct order.

Comey's testimony undercuts that completely. Comey noted that the statement was made to him after Trump had cleared the room, in a direct conversation with the director of the FBI.

It was a statement made with the weight of Trump's office, to squash an investigation and to obstruct justice, and that is exactly how the FBI director interpreted it. And that certainly sounds like obstruction of justice.