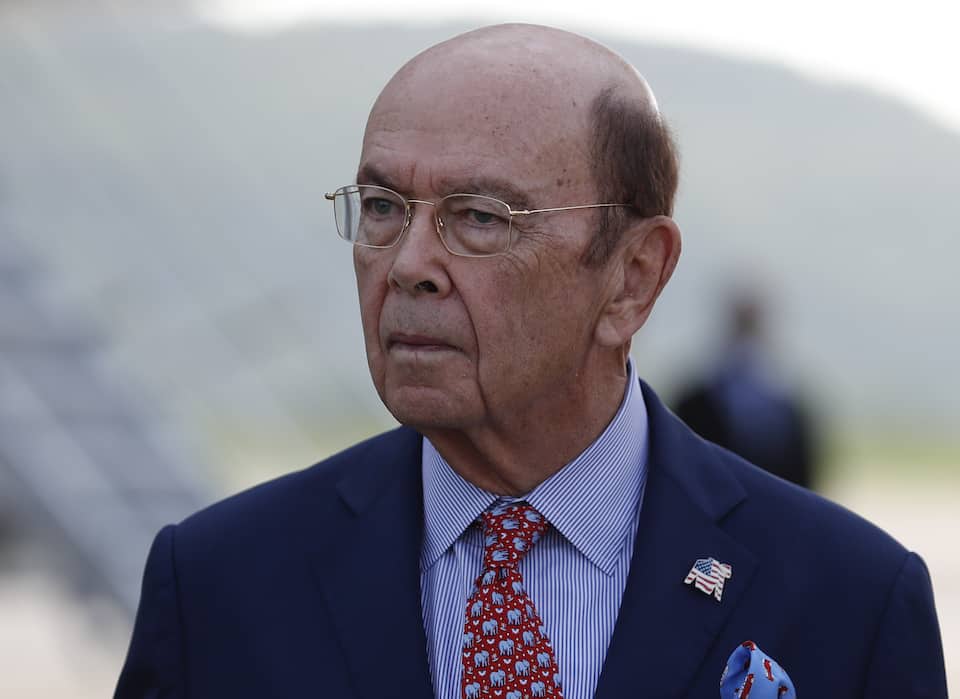 Commerce Secretary Wilbur Ross told a reporter he found it "fascinating" there were no protestors waiting for Donald Trump in Saudi Arabia, and had to be reminded that is because Saudi Arabia does not have a First Amendment.

After a truly terrible week of revelations into his potentially criminal interference with the Russia investigation, Donald Trump set off on a diplomatic trip — something he had been dreading so much that he actually asked his officials if there was any way he could cut it short.

By all accounts, Trump's tough-guy act was enfeebled in Saudi Arabia. He bowed to the Saudi king shortly after Fox News had praised him for not bowing to the Saudi King.

However, at least some of Trump's inner circle seemed relieved by how the Saudi leg of the tour went. In fact, while Commerce Secretary Wilbur Ross was telling CNBC reporter Becky Quick and the rest of the Squawk Box crew about how well the tour went, he gave a shocking reason for why he thinks things are better in Saudi Arabia:

ROSS: I think the other thing that was fascinating to me, there was not a single hint of a protester anywhere there during the whole time we were there. Not one guy with a bad placard. Instead —

QUICK: But Secretary Ross, that may be not necessarily because they don't have those feelings there, but because they control people and don't allow them to come and express their feelings quite the same as we do here.

ROSS: In theory that could be true, but boy, there was certainly no sign of it. There was not a single effort at any incursion. There wasn't anything. The mood was a genuinely good mood.

Quick is right. The lack of protest was first and foremost because Saudi Arabia is an extremely repressive regime where people are not allowed to express certain views in public.

It is safe to say that a lack of protests against Trump tells us nothing about how Saudi citizens actually view Trump.

The inclination to admire restrictions on First Amendment rights is not limited to Ross. Secretary of State Rex Tillerson did not invite any U.S. reporters to his joint press conference with Saudi Foreign Minister Adel Al-Jubeir, just the latest in a number of Trump administration assaults on press freedom.

And of course, Trump himself has often praised authoritarian world leaders who oppress their citizens and deny them any number of rights, including the right to free speech and open protest.

It is painfully obvious that Trump and his top officials would rather be in charge of a country with fewer protections on political speech. The American people must continue to stand up and demand a president who respects their rights.