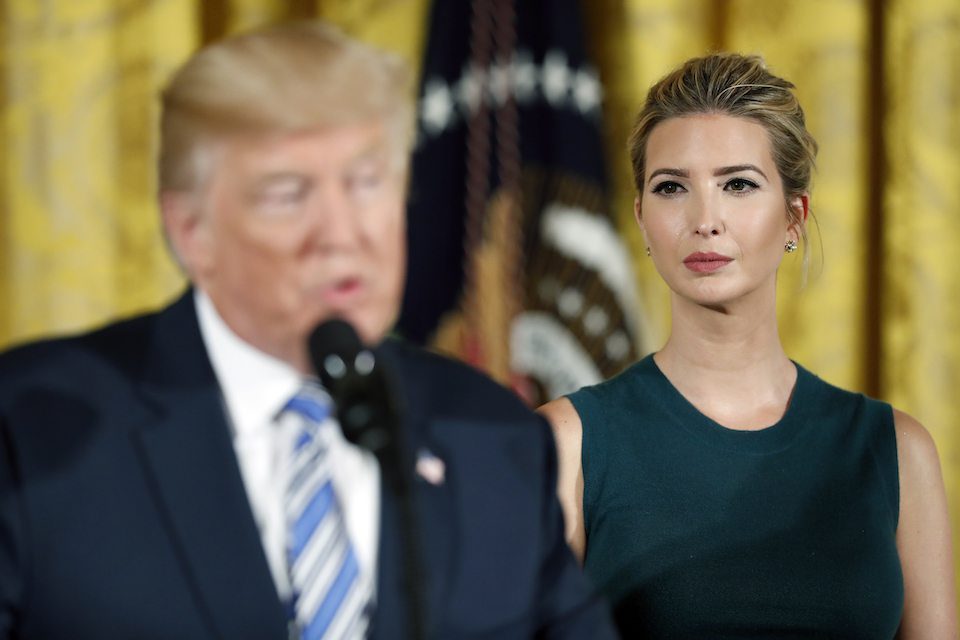 The senior White House adviser remains mum in the wake of her father's claim that "very fine people" attended anti-Semitic rally in Virginia.

Leading Jewish organizations and political figures have expressed shock and anger over Donald Trump’s deep desire to provide political cover for the white supremacists who launched a deadly hate rally in Charlottesville, Virginia, on Saturday. They remain stunned that he insisted there were "very fine people" among the openly racist and anti-Semitic demonstrators.

The denouncements have been universal, with leaders condemning Trump’s utterances as “un-American” and “astonishing.” They have also made clear their grave concerns over the wave of anti-Semitic rhetoric that Trump seemed to mainstream overnight.

“There is a sense of horror, a sense of disbelief that this is happening here in our country,” Boston rabbi Bill Hamilton told NPR. “Nationally it feels like we are under attack.”  At a Charlottesville synagogue on Saturday, members were urged to leave out the back door because three armed men chanting anti-Jewish slogans were stationed across the street.

Even the rabbi who oversaw Ivanka Trump's conversion to Judaism wrote that he's "appalled by this resurgence of bigotry and antisemitism, and the renewed vigor of the neo-Nazis, KKK, and alt-right,” adding that he is "deeply troubled by the moral equivalency and equivocation President Trump has offered in his response to this act of violence."

Yet Ivanka, arguably the most famous Jewish woman in America, remains mum on the pressing topic that has roiled the White House and sent her father's longtime allies fleeing.

Returning home from another of her many vacation trips, Ivanka on Thursday morning tweeted for the first time in three days — to congratulate Hope Hicks for being named White House communications director.

In the immediate wake of the Virginia killing, Ivanka did speak out in a voice of unity:

1:2 There should be no place in society for racism, white supremacy and neo-nazis.

2:2 We must all come together as Americans -- and be one country UNITED. #Charlottesville

But of course all of that was negated on Tuesday when her father himself steamrolled any idea that Nazis and white supremacists should be singled out for blame. Since then, Ivanka has been AWOL on the issue, while her handlers stress to reporters that the first daughter has tried to fix the problem behind the scenes.

Note that Vice President Mike Pence has been forced to go on the record defending Trump’s indefensible remarks. Yet Ivanka, a senior adviser, remains completely hidden from public view and unwilling to either support or denounce her father’s deeply divisive behavior.

Leaders continue to call for action. “Ivanka Trump is in a unique position to speak on behalf of the American Jewish community and to ensure that we not only don't encourage, but don't tolerate this type of visceral hate and discrimination in this country," Nancy Kaufman, CEO of the National Council of Jewish Women, told CNN.