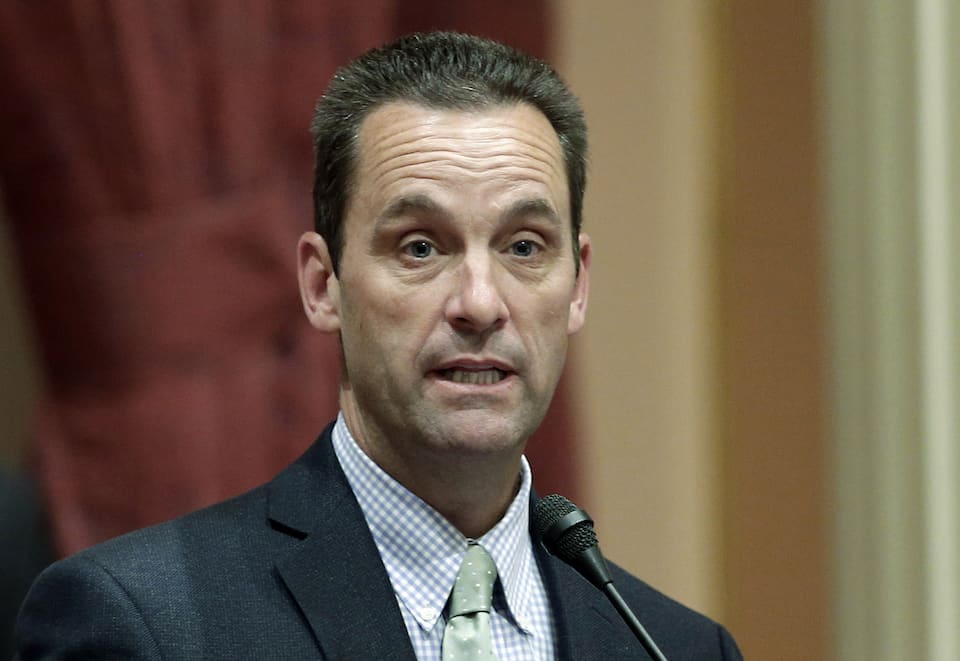 The resistance is teaching Republican lawmakers what it means to be held accountable. Rep. Steve Knight (R-CA) learned that lesson when he was confronted at a town hall by a woman who received nasty text messages from him. And she brought the receipts.

The resistance to Donald Trump may have changed politics forever by demonstrating and amplifying the power of constituents' voices to hold elected representatives accountable. On multiple occasions, the resistance has used town halls to expose the substantive and moral bankruptcy of Republican policies, or to get Republican officials to expose their own twisted views, or even to change their minds on occasion.

Rep. Steve Knight (R-CA) felt some of that power at his recent town hall event in Simi Valley, California. Knight apparently makes his personal cell phone number available to constituents, an admirable practice at a time when even the leader of his party is afraid to face his constituents.

Not so admirable, though, is what the congressman did when one of his constituents actually used Knight's personal number to text message him about her concerns. He responded by asking her if she was "crazy," and eventually telling her "you seem to have a big problem with me, so maybe it's best that we don't text on my personal phone. Thank you."

That decision came back to haunt Knight when the woman confronted him at the town hall and read his text messages aloud:

Knight claimed the woman texted him "four or five times a day," to which she replied: "Some days, if a bill was coming out." That would seem to be the very purpose of such a communications policy.

Then she delivered the knockout punch:

KNIGHT: But you still text me.

KNIGHT: But you still text me.

CONSTITUENT: Of course I do!

This might be a revolutionary idea to Republicans, but constituent service is not about getting votes. It is about being of service to your constituents. That is a lesson these lawmakers are learning at town halls across the country. With the 2018 mid-terms approaching fast, and Democratic voter enthusiasm spreading throughout the country, they have precious little time to let that lesson sink in.