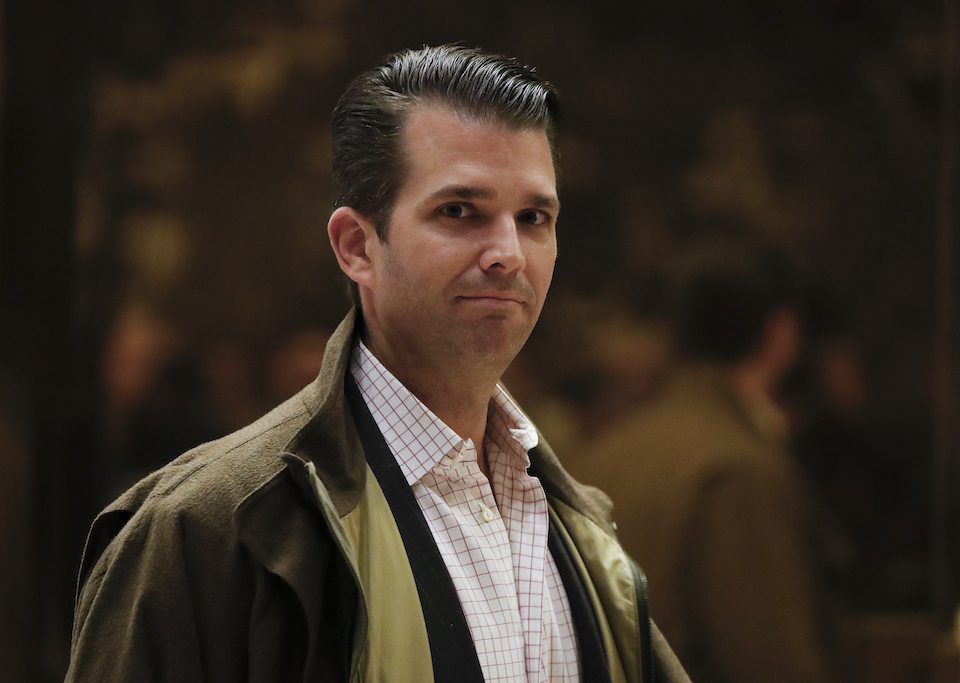 The Washington Post reported that Scott Balber, an attorney for Russian developers who hosted the Trump-owned Miss Universe pageant in 2013, "received a phone call from a representative of Special Counsel Robert Mueller over the weekend" asking to identify the participants who attended the meeting.

According to the Post, Mueller's request "is the first public indication that Mueller’s team is investigating the meeting."

This is the meeting initiated by the email Donald Trump Jr. received offering the campaign dirt on Hillary Clinton. Democrats have pointed out that if the meeting involved trading campaign gossip for political favors like reduced sanctions toward Russia, it would constitute a "serious crime."

Trump is being investigated by the FBI and the special counsel, as well as multiple congressional panels, for his campaign's interactions with Russia during the campaign. He's also under investigation for his decision to fire former FBI Director James Comey, which appears to be an attempt to obstruct Comey's investigation.

Trump first denied connections between his campaign and Russia, but those denials have now morphed into absurd deflections arguing that collusion between a foreign power and a presidential campaign is perfectly normal.

America doesn't believe him. A recent ABC/Washington Post poll found that 67 percent of Americans think that the Trump campaign intentionally worked with Russia to try to influence the election in their favor, while 63 percent believe the meeting in question was inappropriate.

Now Mueller is on the case.