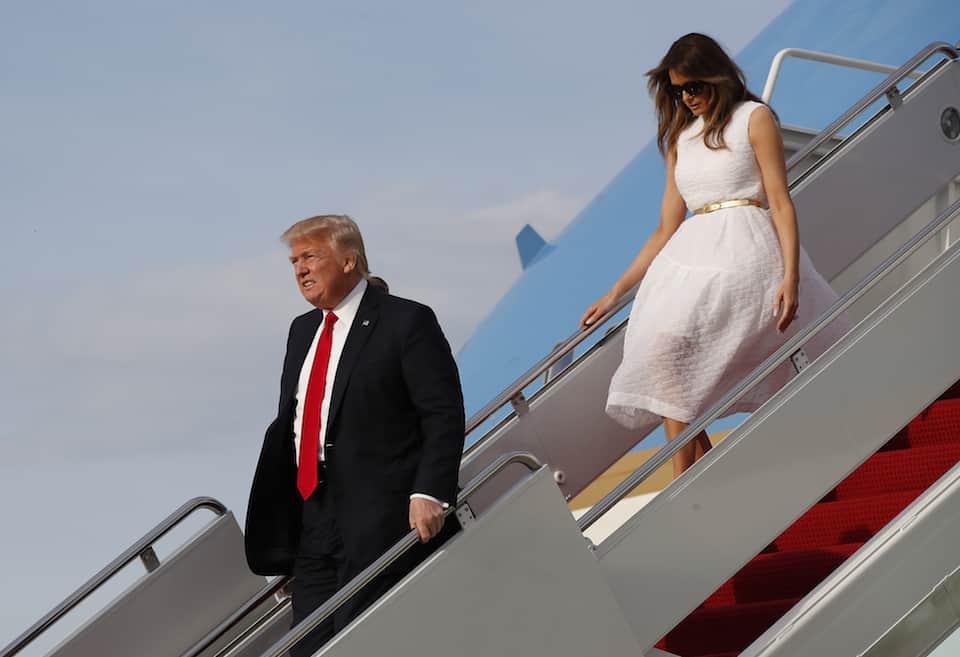 Congress is reimbursing local governments for some of their costs associated with Donald Trump's weekend vacations to his luxury resort in Florida and other properties — but he still continues to profit at taxpayers' expense.

Local governments who have been forced to spend millions on Donald Trump's weekend getaways to his luxury resort properties are receiving some relief, thanks to the spending bill approved by Congress.

The New York Times reports that a portion of taxpayers' money has been allocated for this purpose:

Another roughly $60 million would be set aside in a rare provision to reimburse localities, like New York City and Palm Beach County in Florida, that have incurred “extraordinary law enforcement personnel costs” associated with protecting Mr. Trump’s residences since Election Day.

The Times goes on to note that the funds were added after "weeks of mostly behind-the-scenes lobbying," reflecting "the tremendous costs associated with protecting the lifestyle of Mr. Trump and his family."

These costs are being covered without any assistance from Trump. Despite his claim to be a multi-billionaire, and documented evidence that he has made millions, Trump has not put in a dime to defray these costs, even as he surpasses, in one year, what was needed to secure the Obamas for eight years.

Instead, Trump has left taxpayers in Florida pick up the tab, though now they will be reimbursed by federal tax dollars. The arrangement bears more than a passing resemblance to Trump's recent business deals, where he takes the credit and the profits without putting up much, if any, capital.

Palm Beach County, where Trump's Mar-a-Lago is located and where he has spent most weekends since he assumed the presidency, has been the hardest hit by his vacationing. After costs began to pile up, the county considered a tax specifically targeted at Trump in order to cover the costs of his travel (police overtime is one of the biggest expenses), while other officials — including some members of Congress — told Trump to stay away unless he came up with a way to pay them back.

The funds in the spending bill will only last for five months, and the costs associated with Trump are still above the norm for the Secret Service, since his wife and youngest son are currently still living at Trump Tower rather than the White House.

Taxpayers are also on the hook for protection costs for his son's business trips abroad on behalf of the Trump Organization (from which Trump himself profits, since he has not divested from them), as well as his daughter — and senior White House aide — Ivanka's vacations with her husband and fellow aide Jared Kushner.

And soon, Bedminster, New Jersey, the site of Trump's golf club, is expected to join the ranks of municipalities forced to pay up when Trump is in town, ostensibly to "work" but also to get in a few rounds of gold — and some free advertisement for his business.

Taxpayers continue to be used to finance marketing for Trump's properties, while he does nothing to address the unusual costs associated with protecting his family.