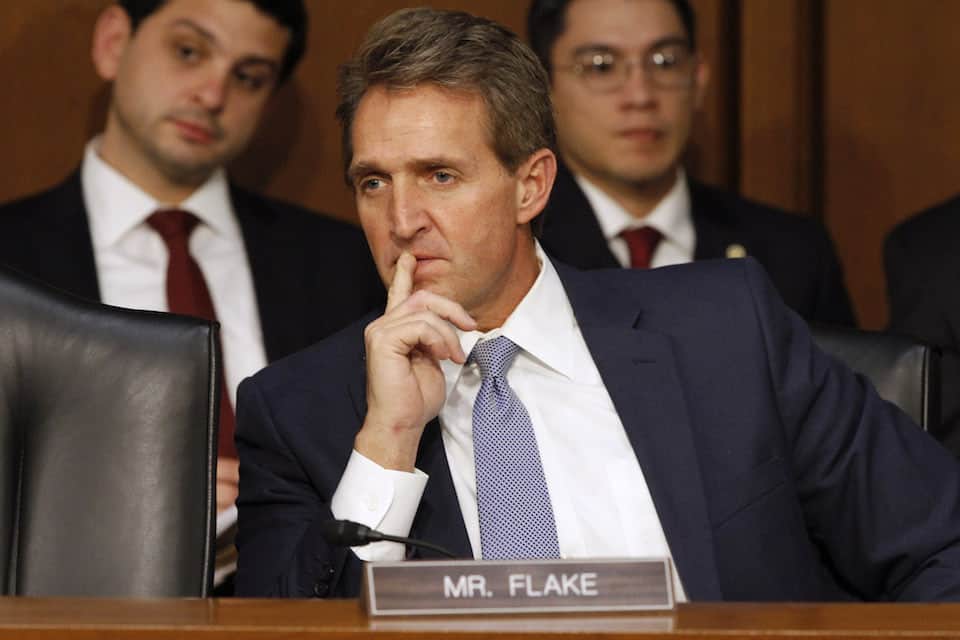 Led by Arizona Republican Senator Jeff Flake, House Republicans just voted to undo the Obama administration's efforts to protect the privacy rights of Americans from their internet service providers. The bill they passed will allow companies virtually unfettered access to customers' sensitive information — all in the name of bigger profits.

Politico reports that the House Republicans just voted to roll back Americans' right to privacy on the internet:

Republicans passed the bill 215 to 205 over the fierce objections of Democrats, who are widely supportive of the Obama-era regulations. Set to go into effect later this year, the rules would block internet service providers like Comcast and Verizon from using data on customers’ web browsing and app habits for advertising without their consent.

Senator Jeff Flake (R-AZ) spearheaded the effort to overthrow Obama administration measures to protect the privacy of individuals’ personal data from their internet service providers (ISPs), which will have a devastating impact on the privacy of ordinary Americans’ health, financial, internet browsing, and other personal information.

Consumer advocates emphasize that this effort

would not only roll back the FCC’s rules but also prevent the FCC from writing similar rules in the future. That would be a crushing loss for online privacy. ISPs act as gatekeepers to the Internet, giving them incredible access to records of what you do online. They shouldn’t be able to profit off of the information about what you search for, read about, purchase, and more without your consent.

During the Obama administration, the FCC acted in response to consumers’ concerns regarding the privacy of their data in the digital age, adopting rules that require customer approval before their wired and wireless ISPs can share or sell sensitive information such as "precise geolocation data, financial information, health records, children's information, Social Security numbers, Web browsing and app usage history, and the content of communications."

Companies such as such as AT&T Inc., Charter Communications Inc., Comcast Corp., and others, use data gathered from their customers to target advertising. Data privacy advocates are concerned "that Internet service providers are assembling detailed dossiers on their customers without their consent." Flake’s measure would allow companies virtually unfettered access to and use of individuals’ most sensitive and precious information, including for purposes of profit.

The implications of the House approving this measure and sending it to Donald Trump’s desk (who is vehemently opposed to net neutrality and protection of consumer privacy rights, in favor of the big business interests) are significant. John Simpson, Director of the Consumer Watchdog Privacy Project, warns:

The FCC can't do anything if the Congressional Review Act is signed into law, because CRAs prohibit an agency from passing a new regulation in the same form or one that is substantially the same...Further, because the FCC reclassified broadband access providers as common carriers to enact Net neutrality, the U.S. Federal Trade Commission would have no jurisdiction...There would be no privacy rules, and nobody could enact them.