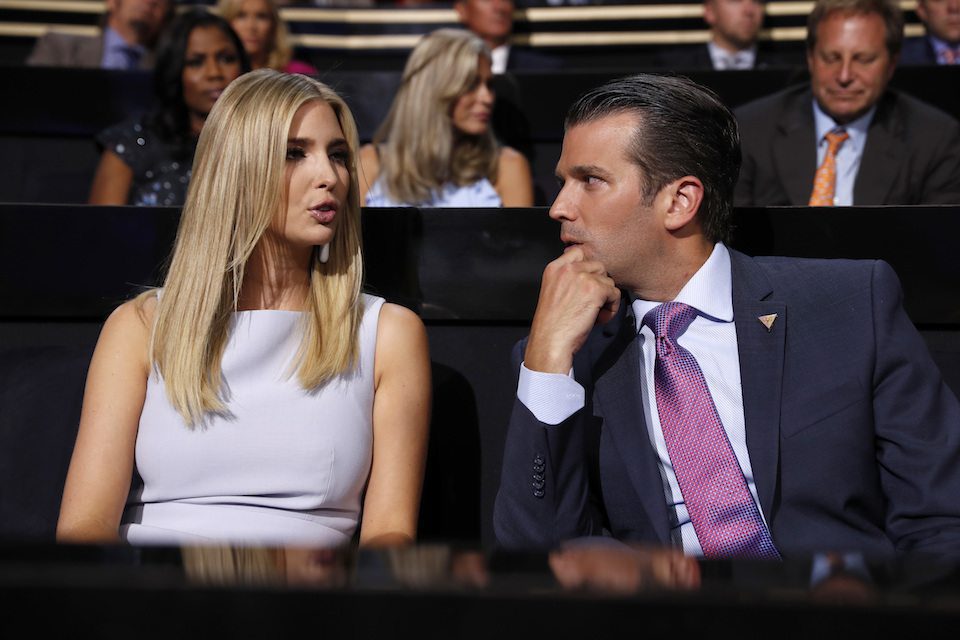 The House Oversight and Reform Committee wants to hear from Ivanka Trump and Donald Trump Jr. after Michael Cohen implicated them in his testimony.

Michael Cohen's explosive testimony to Congress on Wednesday provided a road map of wrongdoing and criminality carried out not just by Trump, but also Trump's family and longtime Trump Organization employees.

Now Democrats on the House Oversight and Reform Committee want to follow those leads — with plans to call in high-profile figures such as Donald Trump Jr. and Ivanka Trump to testify, Chairman Elijah Cummings told reporters on Thursday.

Cohen further alleged that both Trump Jr. and Trump's daughter Ivanka Trump were both briefed on negotiations for a Trump Tower project in Moscow — in the midst of the 2016 election that Russia maliciously meddled in.

Cohen later lied to Congress about the timing of this project, and said Trump strongly suggested to him that he should lie.

If it turns out that Ivanka was involved in her dad's shady deal, it wouldn't be the first time. ProPublica has uncovered evidence that she may have violated the law by helping her family profit from Trump's inauguration, and by helping her father mislead buyers by inflating the value of their real estate projects.

Cohen's testimony has already helped one prominent Trump ally get dragged before Congress. The Daily Beast reported Thursday afternoon that Allen Weisselberg, the chief financial officer of the Trump Organization, will be called to testify before the House Intelligence Committee.

Cohen repeatedly name-dropped Weisselberg during the House Oversight hearing as having been involved in the Daniels payments, as well as tax and insurance fraud that the Trump Organization engaged in.

"They have a good chance of hearing from us — at least an interview," Cummings said of the two Trump children and Weisselberg. "We’ll go through it, we’ll figure out who we want to talk to, and we’ll bring them in."

For now, Cummings said it's not clear which committees would call which Trump-world figures to testify. Cohen mentioned multiple potential crimes that could fall under different House committee purviews.

But it's a bad sign for Trump's children and longtime employees that there is so much potential criminal material to sort through.

The new Democratic-controlled House is clearly just getting started with exposing Trump, his family, and his company. Get the popcorn ready.