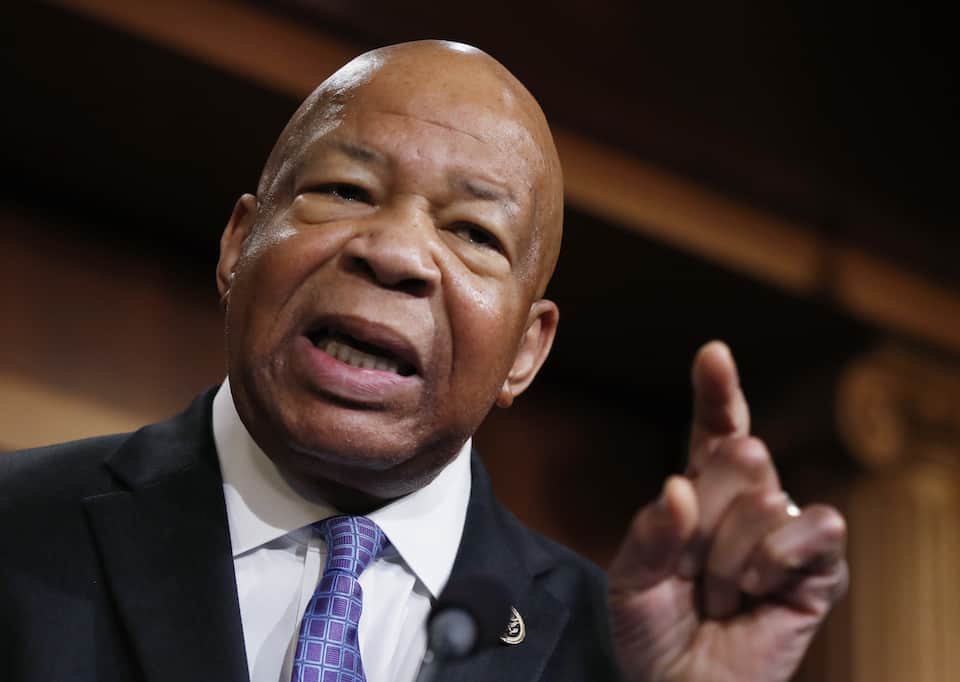 Rep. Elijah Cummings wants to hear from the reporter Fox News censored during the 2016 election.

Rep. Elijah Cummings (D-MD), chair of the powerful House Oversight Committee, wants to hear from the Fox News reporter whose bosses refused to let her run a story about Trump's hush money payments to adult actress Stormy Daniels prior to the 2016 election.

The reporter, Diana Falzone, uncovered the story — but was told it would not run because those in charge of Fox News wanted Donald Trump to win the 2016 election.

MSNBC's Ari Melber broke the story Thursday night that Congress wanted to hear from Falzone. Melber readon air parts of a letter Cummings sent to Falzone, requesting documents and information related to "women alleging extra marital affairs with President Trump, payments by the President or anyone on behalf of him to silence those people." The request also seeks any documents about potential campaign finance violations.

The letter is necessary because Falzone no longer works for Fox News and signed a non-disclosure agreement (NDA) forbidding her from discussing her work during her time there. But Falzone's lawyer, Nancy Erika Smith, told Melber that this letter from Cummings "is an exception to the NDA."

"Nobody can enter an NDA that will interfere with a government investigation," Smith explained.

Smith added that Falzone plans to cooperate with the investigation, provide testimony, and turn over the requested documents.

While the story of a presidential nominee paying hush money to his adult film actress mistress would be explosive on its own, Trump's own Department of Justice concluded Trump's conduct in this matter is likely criminal. That's because Trump directed his personal attorney and longtime fixer, Michael Cohen, to make the hush money payments for the express purpose of influencing the 2016 campaign.

For his part in this crime and others, Cohen has been sentenced to three years in prison. Congress, special counsel Robert Mueller, and the DOJ's Southern District of New York (SDNY) office continue to investigate Trump's role in this and other potential criminal activity.

With this letter, Cummings now frees Falzone from her NDA — and her testimony may shed light on what Trump knew and when he knew it when his campaign staff and members of his inner circle broke the law.