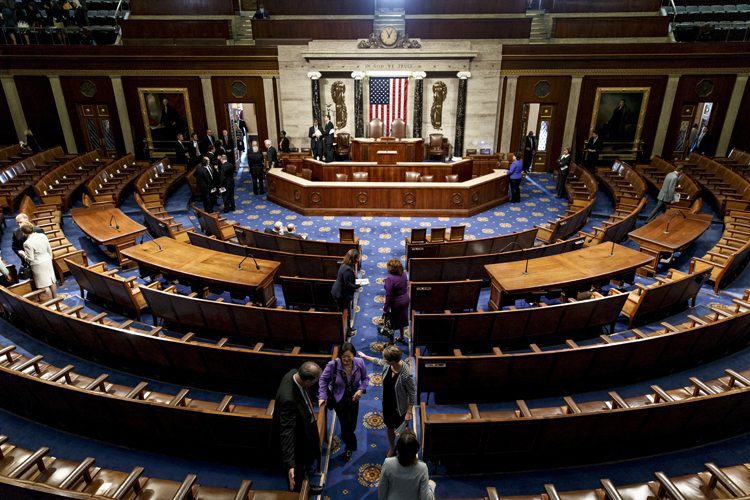 We have previously explored the human cost of GOP obstructionism. A new memo from the DCCC highlights that the Republican-led 114th Congress has been defined by wasted time, misplaced priorities, and chronic obstructionism which left crucial tasks undone.

The memo issued by the DCCC's Policy Department, recapping the 114th Congress, is brutal in its stark assessment of the failures of the Republican leadership to accomplish meaningful change on behalf of the American people.

After setting a light schedule which "has the House on track to work the least number of days since 2007," much of their paltry time "was wasted on dozens of bills attacking health care reform, environmental regulations, a woman’s right to choose, worker protections, banking reforms, and punishments for IRS and VA workers that had little chance of passing into law. As a result, the House only passed 20 major bills this Congress."

Rather than focusing on issues high on voters' list of priorities, House Republicans refused to abide the will of the people:

House Republicans are now trying to run on a record that includes no accomplishments on the issues voters care about most. Just this week the House blocked votes to allow individuals to refinance their student loans and prevent suspected terrorists from being able to purchase guns, while also voting to delay increased pay for millions of workers. In addition, the House made no progress on public priorities like immigration reform, securing equal pay, offering paid family or sick leave, campaign finance reform, restoring voting rights protections, and bipartisan criminal justice reform.

Instead, the GOP leadership pursued an agenda of obstructionism:

Republican Obstruction: What is left undone?

Budget and Government Funding: The deadline for Congress to pass a budget was April 15th. Republicans lost any control of this year’s appropriations process after Republican leadership forced seven of their own members to change their votes to protect the rights of government contractors to discriminate against LGBT Americans. The breakdown of this process has left full 2017 funding for homeland security, cops, education, transportation, defense, clean water, small businesses, parks, and many other programs in limbo until after November, which cripples federal programs and wastes taxpayer money.

No Fly, No Buy: House Republicans have blocked a vote on this bipartisan legislation 27 times, despite the fact that government reports show that since 2004 nearly 2,500 suspects on the terrorist watch list have successfully purchased weapons in the United States. At the same time, since Republicans took control of the House in 2011, they have undermined national security by voting to cut funding for first responders, cops, port security, and more.

Criminal Justice Reform: Bipartisan reforms passed by the House Judiciary Committee last year, but Republican leadership never made this a priority, even though they found time for their 64th vote to repeal or undermine Obamacare since taking over the majority.

Voting Rights: Bipartisan legislation to restore anti-discrimination voting protections had the support of Speaker Paul Ryan, but when asked as Speaker when it would receive a vote on the floor Ryan claimed it was out of his hands.

Campaign Finance Reform: Despite polls showing that the public overwhelmingly supports campaign finance reform that reduces the influence of money in elections, House Republicans have taken steps to limit the disclosure of political donations — most recently by insisting on an anti-disclosure provision in the September 28th continuing resolution — and have adopted a party platform opposing all existing campaign finance laws, including disclosure requirements.

Economic Priorities: House Republicans have made no progress on economic priorities like helping 40 million Americans with student loan debt, increasing the federal minimum wage, or ensuring equal pay for women.

Minimum Wage, Equal Pay, Family and Sick Leave: House Republicans made no attempt this Congress to bring bipartisan legislation to address these issues to the floor.

Immigration Reform: The 114th Congress started with the near shutdown of the entire Department of Homeland Security because conservatives oppose a program to help undocumented individuals brought to the U.S. as children. House conservatives then made stopping immigration reform a condition of their support for Paul Ryan’s speakership and, as a result, the new Speaker pledged not to take up immigration reform legislation this year.

Energy: Instead of passing a bipartisan package like the Senate, House Republicans passed a partisan energy overhaul in December that excluded renewable energy incentives and added in anti-environmental provisions. As a result, House Republicans have unnecessarily delayed a broad, bipartisan overhaul that would have created new jobs and made energy more affordable.

Elected to represent the people's interests, the House Republican leadership has instead accomplished virtually nothing of merit during a very limited schedule.

In a statement to Shareblue, Meredith Kelly, National Press Secretary of the DCCC said, “The Republican-led Congress wrapped up this week with little to show for itself besides obstruction and inaction on the issues that matter to voters. Instead, Republicans spent the 114th Congress digging in their heels on defunding Planned Parenthood, protecting the Confederate battle flag and other ideological crusades. Talk about being out of touch with the American people.”