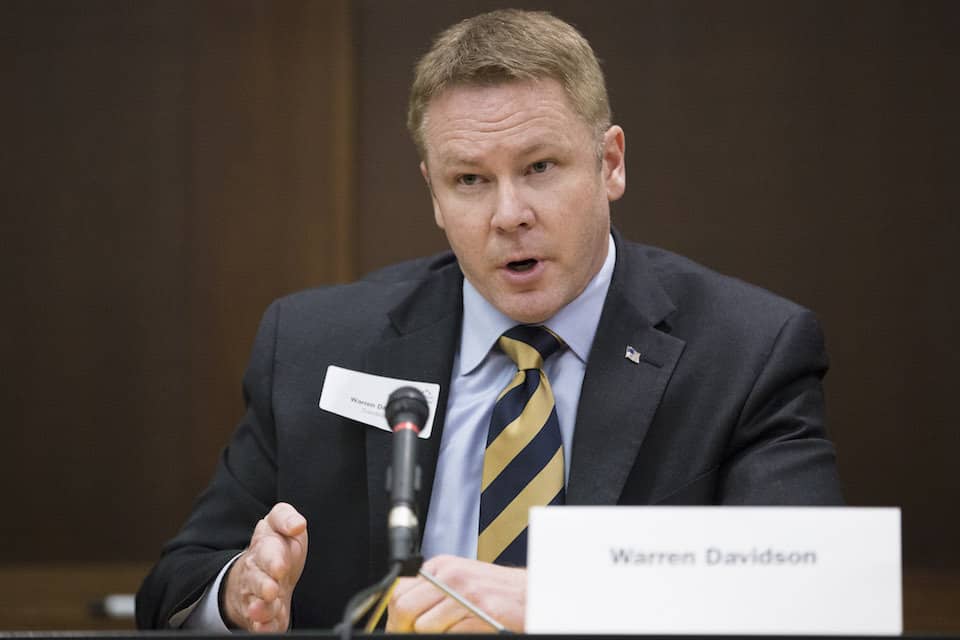 (AP Photo/John Minchillo, FILE)
Get The American Independent in your inbox

Republican Congressman Warren Davidson (R-OH) displayed open hostility and cold indifference to a woman who told him she was pushed by an attendee at one of his town hall meetings, and whose complaint was ignored by his staff.

Republican town halls have turned into the bulwark of the resistance, and a way to test the character of elected officials. At one recent event, Ohio Republican Congressman Warren Davidson let his true colors shine through, and it was not a pretty picture.

At a town hall meeting at the Enon, Ohio, VFW Hall, a young woman got up to speak, telling Davidson that she had been ejected from his last town hall because it was a "private" event, and that on the way out, she was pushed by "a man in a red hat."

The young woman, who identified herself as an immigrant, told Davidson that she had complained to his office, but received no response. After a bit of awkward silence, she asked him if he had any comment on the situation, and he delivered this gruff reply:

CONSTITUENT: I'm guessing you don't have any comments on that?

DAVIDSON: Is that your question?

CONSTITUENT: Well, if you don't have any comment, then I'm just going to say that I was pushed at the last town hall, and I was expecting you to, you know, comment.

DAVIDSON: Well, I hope the guy that pushed you apologizes to you.

Davidson continued his open hostility toward the young woman, interrupting her to ask "Do you have a question?" and then launching into a strange digression about the British royal family in order to explain his opposition to the birthright citizenship which is guaranteed by the 14th Amendment of the U.S. Constitution.

A review of video taken from that previous town hall, in Troy on April 11, appears to show a man in a red hat touching at least two women as they leave the event, and the young woman above appears to confront him:

Davidson's performance is characteristic of a hostility toward immigrants and an indifference about/encouragement of violence against women that come from the very top of the Republican Party.

Thanks to the platform that these town halls provide, the resistance is exposing that.