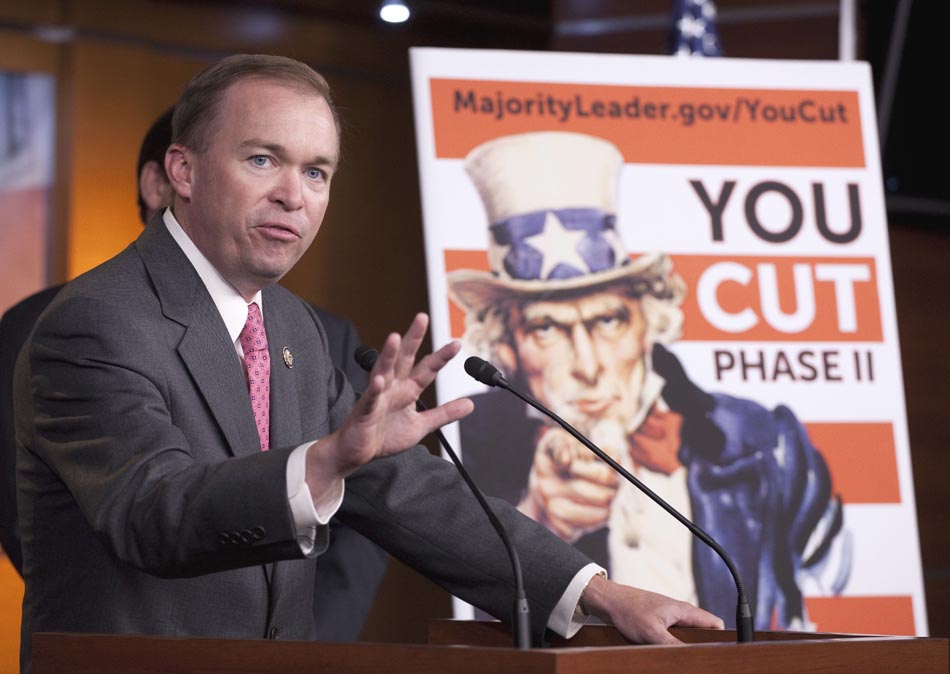 (AP Photo/Harry Hamburg)
Get The American Independent in your inbox

Trump has suffered well-deserved ridicule over his demand for a dictatorial military parade, but his budget director is apparently still on board, even if it costs $30 million.

Since his inauguration, Trump has fantasized about a military parade in his honor, but news that he ordered the Pentagon to plan for such an occasion was greeted with ridicule and embarrassment, even from fellow Republicans.

That apparently has not dissuaded the Trump administration, nor has the ballooning potential cost of such a parade.

At a House Budget Committee hearing on Wednesday, Rep. Barbara Lee (D-CA) asked Trump's budget director Mick Mulvaney about the parade, which she noted "is very similar to those held in authoritarian countries like North Korea."

"How much is that parade going to cost, and where is that money coming from?" she demanded.

Mulvaney first tried to claim that a 1991 military parade following the Persian Gulf War was "recent," and falsely claimed that there may have been one "more recently than that."

He then said that the cost estimates for the parade range from $10 million to $30 million, and that the funds were not accounted for in the budget "because it's come up at the last minute."

Asked for clarification, Mulvaney explained that his estimate depends "on the length, obviously a one-hour parade is different than a five-hour parade in terms of the cost and the equipment, and those kinds of things."

The 1991 parade cost around $12 million, but almost half of that was raised from private funds.

According to Mulvaney, the Trump administration is still considering a parade that could cost taxpayers more than triple that amount, and plans to use taxpayer money to fund it if they go ahead with the absurd idea.

Mulvaney's revelation doesn't figure to win the parade any support. All he managed to do was demonstrate the lengths to which Trump's surrogates will go in order to appease his fragile ego.