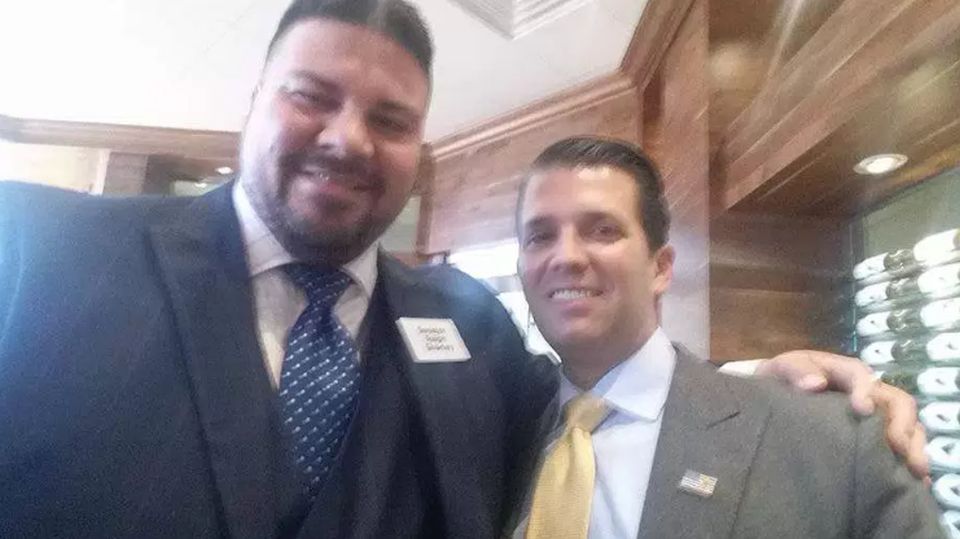 Ralph Shortey Facebook
Get The American Independent in your inbox

A GOP lawmaker who was among the earliest to back Donald Trump is now facing a child pornography charge, in addition to other charges of child prostitution.

A Republican state senator who is a huge advocate for the conservative agenda and an early supporter of Donald Trump is now facing charges of child pornography, on top of charges he already faces for child prostitution.

Shortey, who once touted himself to voters as a champion of conservative family values, was arrested in March after police found him in a motel room with a teenage boy and drugs. After the boy told Shortey he needed money, documents show that Shortey sent him a message asking, "Would you be interested in ‘sexual’ stuff?"

After that bust, Shortey was charged with three felonies, including child prostitution. He resigned after the arrest.

But before being caught, Shortey was an early backer of Trump's presidential campaign. In 2015, the official Trump presidential campaign announced that he was among a group of leaders endorsing Trump's run. Around the same time as his prostitution arrest, Shortey took a photo of himself alongside Donald Trump Jr., who was campaigning on his father's behalf.

The legislator was at the frontlines of the conservative movement and prided himself on speaking out for the right. He was described by The New York Times as "a dependable champion of conservative causes." When running for office, Shortey racked up endorsements from figures like Sen. James Lankford (R-OK), who has one of the highest scores from the American Conservative Union's ranking of the U.S. Senate.

The Oklahoman explained that Shortey took "solidly Republican stances on gay, lesbian, bisexual and transgender issues." Shortey supported a bill in Oklahoma that would have stigmatized transgender individuals and which bathrooms they used.

Like Trump, Shortey is a believer in the conspiracy theory that President Barack Obama was not born in the United States. He pushed a bill in Oklahoma requiring a long-form birth certificate before a presidential candidate could appear on the ballot, an apparent attempt to prevent Obama's re-election.

Shortey also shares a distaste for immigrants with Trump and many conservatives. On his official campaign website, he compared undocumented immigrants to terrorists, echoing much of the imagery Trump would use to win the Republican nomination. Storey said immigrants had "corrupted our city" and "commit drive-by shootings and kill without regard and destroy lives through gangs and drugs."

For this stance, Shortey was endorsed by conservative hero, disgraced former Arizona Sheriff Joe Arpaio, whom Trump recently pardoned despite his conviction for ignoring a court order to stop his illegal racial profiling.

Reflecting the conservative Republican zeal to bar women from having abortions, Shortey took his crusade to an extreme, pushing for a bizarre ban on using aborted fetuses in food, addressing a non-existent problem to stigmatize women's health care.

He argued in favor of open carry gun legislation supported by gun groups, despite the danger to public safety.

Shortey wasn't an outlier for the conservative movement. He was in lockstep with the world view they promote and espouse, from the state house all the way up to the presidency.

Now he will face justice for the crimes he is alleged to have committed against the most vulnerable: children.