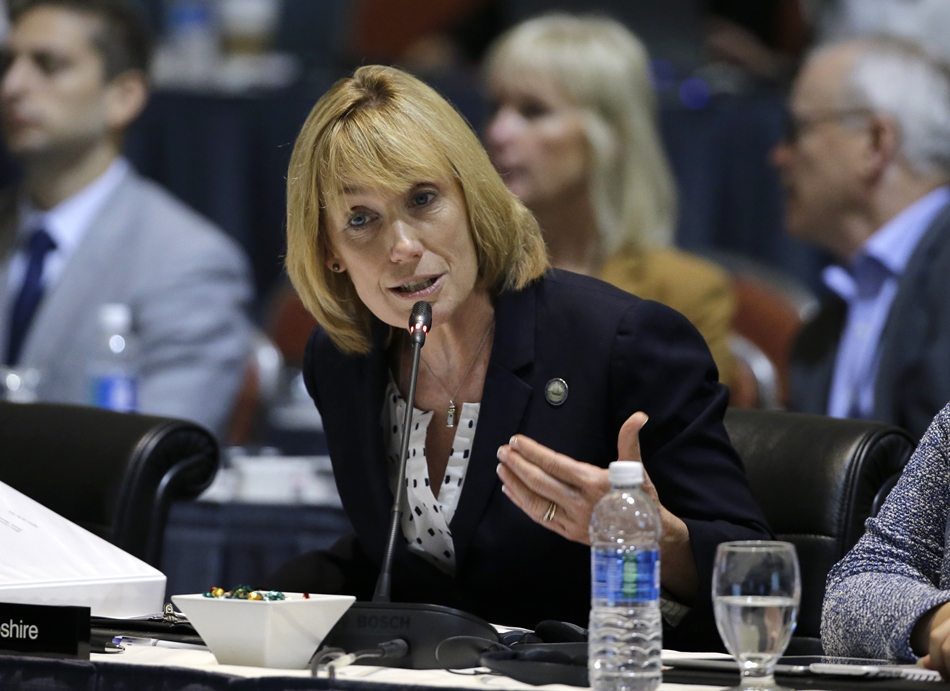 The wage gap between men and women is a prominent issue for many female Democratic politicians. The right keeps trying to discredit them as hypocrites, but their charges are based on misinformation and faulty methodology.

Maggie Hassan, the Democratic governor of New Hampshire, has made equal pay for women a focus of both her governorship and her campaign for the U.S. Senate. She signed into New Hampshire law the Paycheck Fairness Act, and has pledged to push for the federal version of the law if elected to the Senate.

But the conservative Washington Free Beacon has insinuated hypocrisy, claiming that their research shows Hassan pays women in her administration only 80 cents on the dollar that her male staffers earn. They contrast this with her opponent, Republican Senator Kelly Ayotte, whom they say pays her female staffers a slightly higher wage than male staffers.

However, the Free Beacon itself admits:

[Our] analysis is not necessarily an apples-to-apples comparison. The U.S. Senate data allows users to examine employment periods that include start and end-dates, giving a more accurate picture of pay structure at the office. New Hampshire’s state data only provides raw salary totals without data of employment figures, meaning that employees who worked only part of the year are included in the data set. To make the best comparison, all staffers on Ayotte’s payroll were also included as long as they worked part of the year.

And contrary to the claims they made based on this inaccurate mode of analysis, public records tell a different story.

It is dishonest enough to make supposedly factual claims based on faulty methodology; it is even more mendacious to do so in order to discredit a politician on an issue that she has been fighting for throughout her career, and that conservatives often refuse to admit even exists.

Hassan is not the only one being targeted in this way — the Free Beacon has also made similar accusations regarding Hillary Clinton's tenure as a New York Senator, alleging that her female Senate staffers were paid only 72 cents for each dollar a male staffer earned.

But again, their inaccurate methodology led them to make erroneous conclusions. As FactCheck.org notes, "annual salary data provided by the Clinton campaign show median salaries for men and women in Clinton’s office were virtually identical."

And the newest iterations of these attacks focus on the Clinton Foundation.

Multiple conservative news organizations have been pushing the claim, based on releases from Wikileaks, that there is a "huge" disparity in pay between men and women working for the foundation.

Donald Trump has also been spreading this charge around, posting an image to his Instagram account labeled "HYPOCRISY AT THE CLINTON FOUNDATION" alleging that top male employees at the foundation made, on average, $218,029, while top female employees made only $153,014.

And yet again, the numbers being pushed and the story being promulgated are incomplete and inadequate.

Politifact rated these statements as "half-true" because "the statistical pool is too limited and the methodology is too crude to demonstrate evidence of hypocrisy."

Female politicians like Hassan and Clinton have made equal pay and treatment for female employees central to their work and campaigns. Conservatives politicians and news organizations who are intrinsically opposed to women's equality want to paint them as hypocrites in order to do away with the topic altogether. But that cannot be done through specious claims and faulty methods.