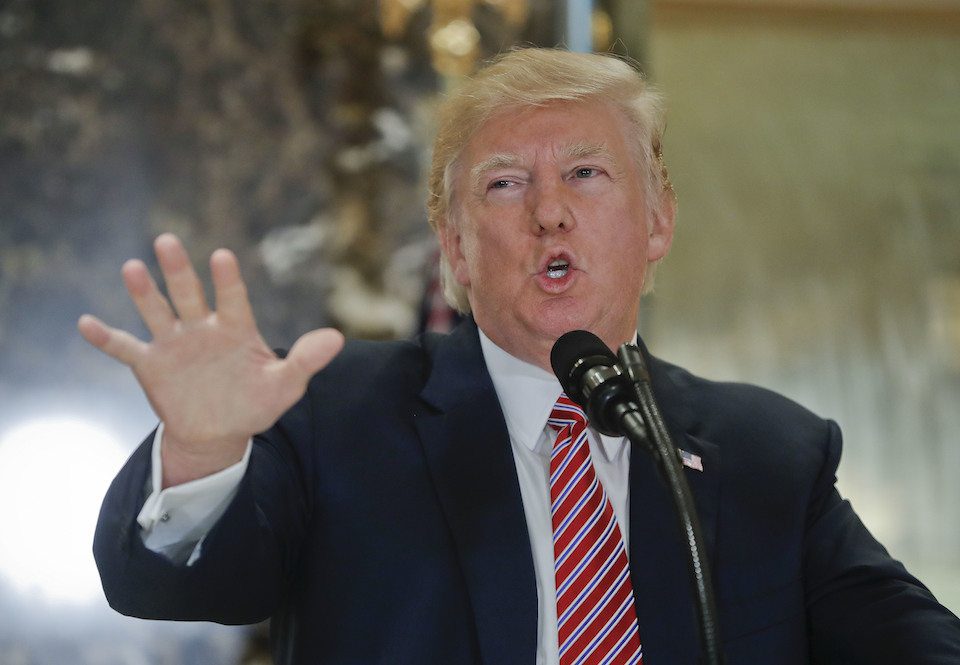 The media can't wait to praise Donald Trump for reading a speech from a teleprompter and sounding "presidential."

On Monday night, Donald Trump will announce a new strategy for the 16-year war in Afghanistan, and the media is so excited for him to look and sound like a president.

The media, after all, loves a president at war. And what better way to change the topic than to address the war in Afghanistan?

Trump spent all of last week being almost universally shamed for his deplorable reaction to the violent white supremacist riot in Charlottesville, Virginia. Even Republicans were willing to speak — or tweet — harsh condemnations of Trump, though thus far, not a single Republican in Congress has cosponsored the Democratic bill to censure Trump.

Many in the media also declared that Trump had lost the "moral authority" to be president of the United States.

But that was then. Now Trump is poised to deliver what is no doubt a very carefully scripted speech, which his ostensible handlers have no doubt emphasized to him must be read verbatim without his off-script embellishments.

And again, the corporate media is ready to applaud him for reaching the lowest of bars — reading a speech someone else wrote for him without praising Nazis and the Klan.

Some pundits are already predicting a "good night" for Trump. "This will help him." "Positive message." They're talking about a costly war…

This is the opportunity Trump needs to turn the page, numerous pundits and anchors have declared on TV in anticipation of Trump's speech.

It doesn't matter that Trump has already had countless opportunities to turn pages, to pivot, to at last become president.

This is a man who kicked off his presidential campaign by declaring Mexicans are rapists. His rhetoric since then has only grown worse, uglier, more inflammatory — and certainly less presidential.

When Trump delivers his plan for Afghanistan, his White House will undoubtedly demand that the nation unite behind him, in the name of national security, and put the ugliness of Trump's behavior last week — and for the last eight months — behind us.

There is no speech Trump can give, though, that can erase what he has done and who he is. For every ugly epithet and attack he has uttered, every lie he has told, every way that he has disgraced himself and the office he holds, he has never even apologized, never even admitted his wrongdoing, never even asked the country to forgive him or promised to do better.

His speech on Monday night cannot undo the damage Trump did during his week-long tirade in defense of Nazis, white supremacy, and Confederate traitors.

The nation, and the media, should not be so easily distracted or so quick to forgive and forget.

And if the media does its job on Monday night, and in the days that follow, it will not let that happen.