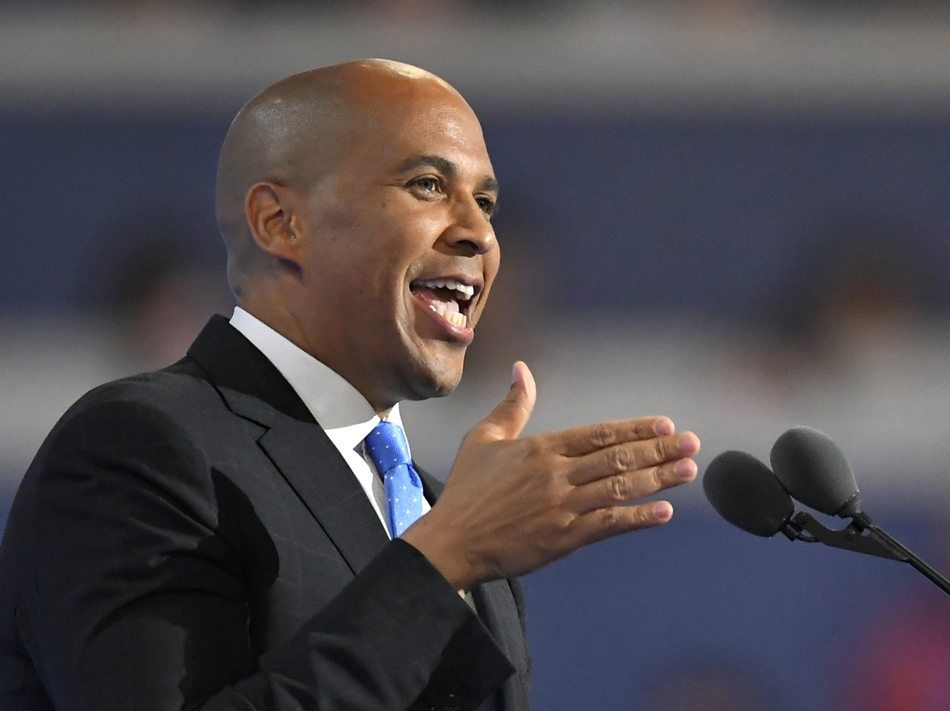 While Donald Trump's campaign of white nationalism fights for the soul of the American electorate, Senator Cory Booker of New Jersey just happens to be fighting for the longest-waiting federal judicial nominees, who are coincidentally the only two Black judicial nominees on the list.

There's no credible reason why we're not moving forward, besides partisanship. I just can't see it. So I would like to rise again and make this request for unanimous consent that the Senate proceed to executive session to consider the following nominations. Regular order would mean that we would go to these two judges who happen to be qualified African-Americans. Regular order would bring us to these long-standing men who have been sitting on the sidelines now for well over a year.

Republican Majority Leader Mitch McConnell, of course, blocked Senator Booker's motion, but lest you think that Booker just suddenly sprang this on McConnell, or that he was anything but collegial, he made this plea two weeks ago, and was sure to point out that the race of these two judges just had to be a coincidence.

Now I know my colleagues in the Republican Party, I know that this is not a conscious thing. I know this is a coincidence that is not intentional, that the two longest (pending) judges, the two only African American judges on this list of 15 are being skipped over, but I do feel it necessary to point out that fact.

Republican obstruction of President Obama's nominees, including Judge Merrick Garland's nomination to the Supreme Court, has been unprecedented. And Sen. Booker is justifiably calling it out.