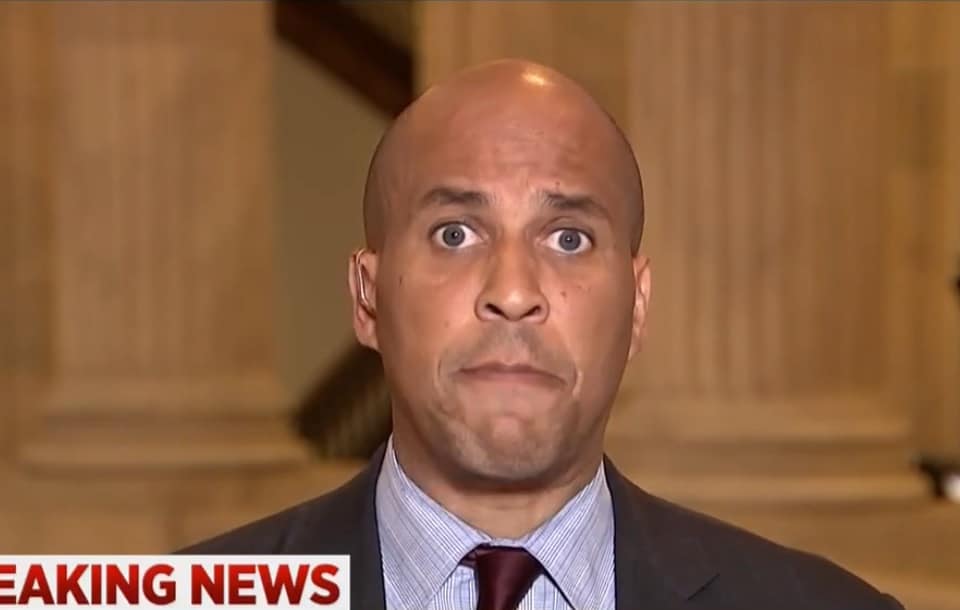 Republicans in the House of Representatives are preparing for a morning vote on the latest, more cruel version of their healthcare plan, one which strips away protections for preexisting conditions, yet exempts themselves from their own bill. While they may just squeak through with a razor-thin margin, this is an awfully big risk for them to take on an unpopular bill that has little chance of passing the U.S. Senate.

In fact, according to MSNBC's Chris Hayes, some Democrats see this House vote as something of a political gift that will, at best, hang a poisonous vote around Republicans' necks for no reason. But when Hayes asked Senator Cory Booker (D-NJ) about that political calculus, Booker delivered a moving and sobering reminder of the stakes involved:

BOOKER: So screw the politics. This is about people. This is about what's morally right. This is about what we stand for. This is a president who has lied to people, folks in red states, red counties who passionately want to keep their health care, who were promised better health care, more access, something better than the Affordable Care Act. Well, this is clearly not just worse. It's a death knell. I don't mean to be melodramatic about this, but I've seen where people have to wait to get their health care til the emergency room. This will cost American lives if it ever becomes law. This will mean death, pain, and suffering to people's families. So I'm not interested in the politics. This is something that my colleagues, people I respect across the aisle, they just can't support. For God's sake, for the sake of our country and what we stand for, they cannot pass this piece of legislation.

Booker is absolutely right. Studies have shown that losing health insurance would cost thousands of lives, and the GOP plan will throw tens of millions of people off of their healthcare.

As for the politics, Republicans may not have nearly enough votes to clear the 60-vote mark in the Senate, but in their desperation for a win, blowing up the legislative filibuster is not out of the question. In any case, advancing this deadly piece of legislation even an inch closer to passage is an inch too far, and Americans will not stand for it.