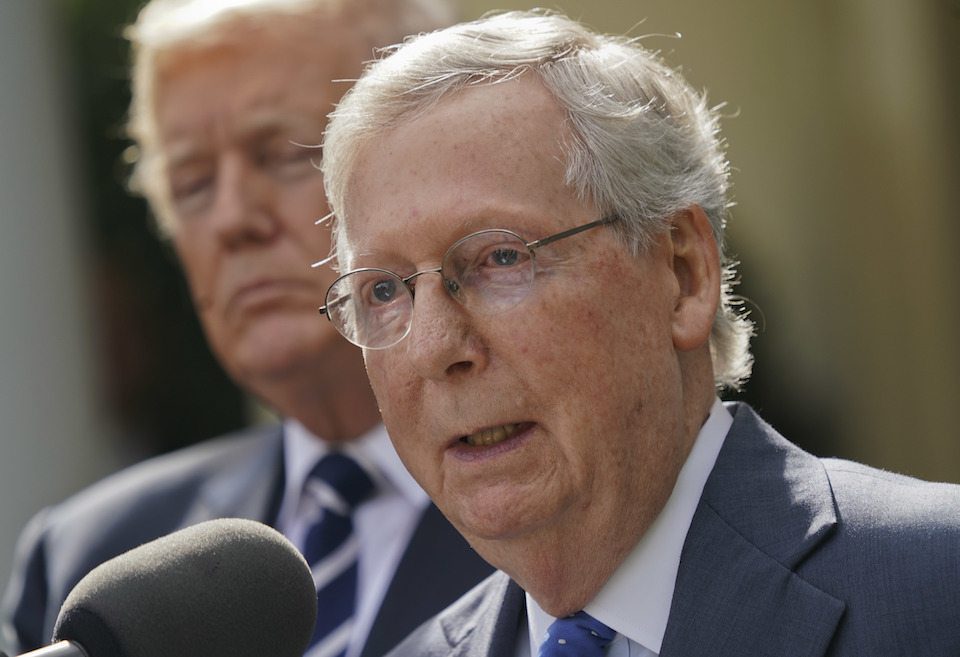 Republicans in the Senate cannot dismiss the need to protect special counsel Robert Mueller when their counterparts in the House are sponsoring bills to attack his credibility and derail his investigations.

Just days ago, Republican senators were brushing off the need for a bipartisan effort to protect special counsel Robert Mueller and ensure that his investigations continued unfettered from interference, either from a desperate Donald Trump or his cronies.

According to the GOP spin in the Senate, nobody was plotting to terminate Mueller’s work, therefore there was no urgency to protect his investigation.

"Interviews with a dozen GOP senators suggested their lack of urgency seemed to be shared widely across the GOP conference," Politico reported on Tuesday.

"I don’t feel an urgent need to pass that law until you show me a reason Mr. Mueller’s in jeopardy," declared South Carolina Republican Sen. Lindsey Graham.

But on Friday, firebrand Republican members in the House made it clear that Mueller is indeed in jeopardy when they announced they were sponsoring a motion to halt his investigation.

Reps. Matt Gaetz of Florida, Andy Biggs of Arizona, and Louis Gohmert of Texas demanded that Mueller "resign from his special counsel position immediately" for supposed conflicts of interest.

But as Minnesota Democratic Sen. Al Franken made clear, Mueller's work is crucial to the security of our democracy.

"Russia interfered in the 2016 election to help get Donald Trump elected. That is a fact," Franken stressed in a statement to Shareblue Media. "We need to get the bottom of what happened so that we can prevent a hostile foreign power from meddling in our democracy again, and Robert Mueller should be able to conduct his investigation without political interference. Period."

Nonetheless, that get-Mueller narrative is being loudly broadcast via conservatives outlets like Fox News and the Wall Street Journal. In fact, the House motion cites the same uranium conspiracy that has been echoed by Trump and Fox News as a smokescreen to distract from the mounting pressures of the Russia probe.

Meanwhile, an increasingly frantic Trump has been lashing out wildly at Mueller, insisting that any investigation into whether his campaign teamed up with Russian operatives to win the White House is a "disgrace" and is "bad for the country."

That doesn’t sound like someone who won’t fire Mueller; it sounds like someone trying to justify the firing of Mueller.

And this effort comes just days after Mueller and his team of prosecutors stunned members of Congress by indicting two former Trump campaign officials on charges of money laundering and failing to file as foreign agents, and announcing that a former Trump campaign official pleaded guilty to lying to the FBI about his attempts to arrange a meeting between Russian officials and the campaign.

Today, if Trump wanted to, he could order top Justice Department officials to fire Mueller. Two bills under consideration in the Senate would prevent him from doing so, but when recently pressed about the issue, Senate Majority Leader Mitch McConnell seemed to dismiss their importance.

"We've got plenty of things we have to do between now and the end of the year that will take up floor time in the Senate," he stated.

The GOP spin that Mueller doesn’t need to be pre-emptively protected was always naïve. And now it's proven to be entirely false.