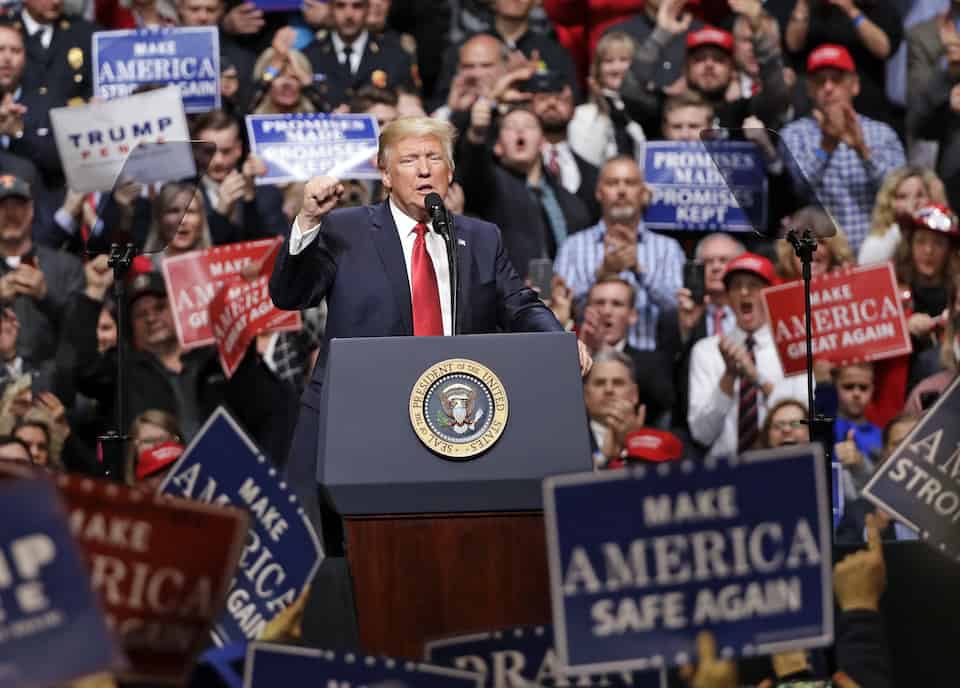 A Republican who pleaded guilty to body-slamming a reporter is heading to Congress. Polls show a large percent of Republicans agree with what he did.

In May, Montana Republican congressional candidate Greg Gianforte exploded into national prominence when he body-slammed Guardian reporter Ben Jacobs for asking him about health care repeal, just one night before the special election.

Faced with misdemeanor assault charges, Gianforte offered a few shallow acts of contrition and managed to avoid jail time. And the most astonishing thing is that Republicans put Gianforte in office anyway.

A new poll from Public Policy Polling confirmed why the incident did not hurt his candidacy.

PPP asked the question, "Do you think it is appropriate or inappropriate for Republican politicians to body slam members of the media?" In response, 42 percent of Trump voters said "appropriate."

The fact that so many Republican voters support assaulting journalists is disgusting, but not terribly surprising, given the party's track record of violent rhetoric directed at those who challenge them, and their overwhelming antipathy toward the free press. Several congressional Republicans made jokes about Gianforte's assault on a reporter, even before he admitted to it, and have not issued any condemnation since he pleaded guilty to the charges.

Trump himself has publicly reveled in the idea of physical force against his detractors. On the campaign trail, he famously exhorted his supporters to "knock the crap out of" anyone protesting at his rallies, and said he would pay the legal fees if they went to jail for it.

And the whole Republican Party has done its best to shut down reporters trying to cover their dealings. Trump routinely calls on only far-right "journalists" from sites like Breitbart, TownHall, and InfoWars at his press events.

Even more outrageously, this week, Senate Republicans took the unprecedented step, while trying to draft their Obamacare repeal bill in total secrecy, of telling reporters at the Capitol they would need advance permission from the Rules Committee to conduct interviews. Rules Committee Chairman Richard Shelby (R-AL) responded to the immediate outrage by saying the rules would not be changed after all.

The hard truth is that the GOP is fine with what Gianforte did because Ben Jacobs is a living embodiment of what they fear and hate — a member of the news media holding their politicians accountable for their policies and actions. The simple act of him being there, and doing his job, was enough to stir violent impulses in hardcore Republicans.

Our country is not safe in the hands of people whose driving instinct in the face of any political adversity is that might makes right.