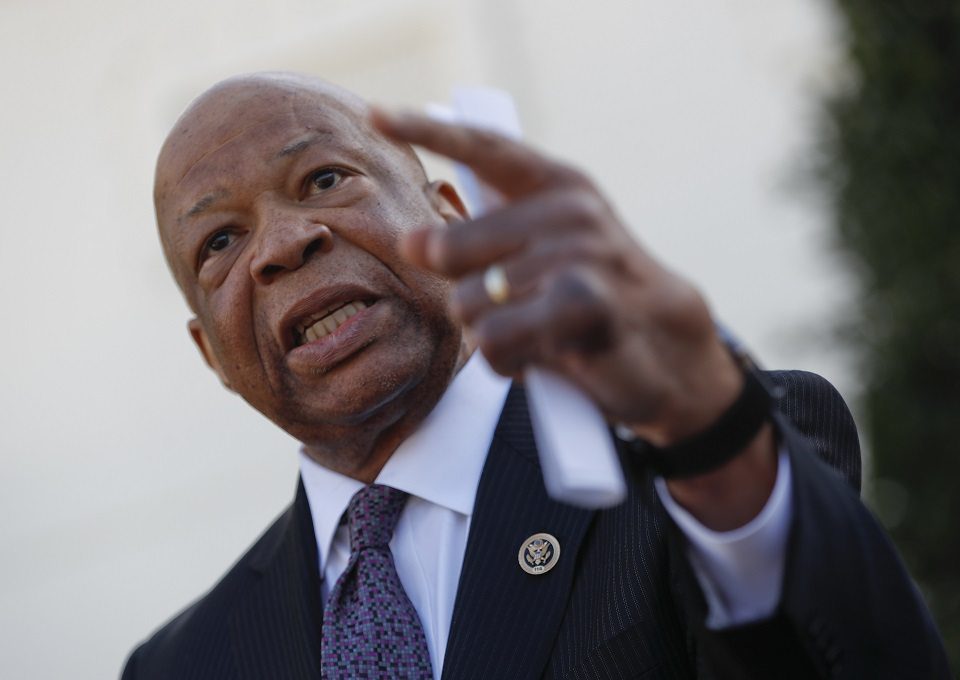 Donald Trump demanded the resignations of 46 U.S. attorneys, but one of them refused to go along. And when U.S. Attorney for the Southern District of New York Preet Bharara declined to tender his resignation, he was subsequently fired by Trump — a move which Rep. Elijah Cummings (D-MD) says may be related to an investigation of Trump's violations of the Emoluments Clause of the U.S. Constitution.

Donald Trump summarily demanded the resignations of 46 U.S. attorneys, one of whom had good reason to refuse to go along.

Preet Bharara, who was at the time the U.S. Attorney for the Southern District of New York, had stated previously that Trump had personally asked him to stay on at a November 30 meeting in Trump Tower. He also noted that now Attorney General Jeff Sessions concurred with Trump and asked Bharara to continue in his position, as well.

In remarks following that meeting, Bharara cited his reputation as a fearless and independent prosecutor as reasons for his retention:

The President-elect asked — presumably because he's a New Yorker and is aware of the great work that our office has done over the past seven years — asked to meet with me to discuss whether or not I'd be prepared to stay on as the United States attorney, to do the work as we have done it, independently, without fear or favor for the last seven years. We had a good meeting. I said I would absolutely consider staying on. I agreed to stay on. I have already spoken to Senator Sessions, who is, as you know, is the nominee to be the attorney general. He also asked that I stay on, and so I expect that I will be continuing to work at the southern district.

Despite those requests from Trump and Sessions, Bharara was included in Trump's resignation demand. And his refusal to resign was quickly followed by his firing, ordered by Trump and delivered by Acting Deputy Attorney General Dana Boente.

In remarks to George Stephanopoulos, Rep. Elijah Cummings (D-MD) pointed to exactly the independence that Bharara described at Trump Tower as the possible reason for the firing, as Bharara's jurisdiction put Trump's business dealings squarely in his sights:

STEPHANOPOULOS: ...this news yesterday that the U.S. attorney here in New York, Preet Bharara, was fired. Is there — in your view as a member of the House oversight committee, is there anything to look into here, or is this just the routine removal of U.S. attorneys that we have seen by presidents before?

CUMMINGS: Certainly, the president has the opportunity and the right to fire U.S. attorneys. But, we — I wonder, George, you know, just not very long ago, the president was saying that he was going to keep the U.S. attorney there in New York. And then, suddenly he's, I guess, changed his mind. I'm just curious as to why that is. And certainly, there's a lot of questions coming up as to whether Mr. Trump is — President Trump is concerned about the jurisdiction of this U.S. attorney and whether that might affect his future. When you look at everything, George, surrounding the investigations, there are a lot of questions that need to be asked. But again, the president does have that prerogative.

STEPHANOPOULOS: Are you referring there to the fact that on Wednesday, several independent groups asked the U.S. attorney, asked Preet Bharara, to investigate whether the Trump organization and President Trump were in violation of the Emoluments Clause of the Constitution, that there were conflicts of interest?

CUMMINGS: Yeah, I think that — again, what has been happening is that there is an air of distrust that has been brought on by President Trump himself and so many others. We have over and over again heard things that have been just proven to be untrue. And, so, I think that, in part, the president has created this situation for himself. But yes, sure. No doubt about it. When they asked about Emoluments Clause and possible violations of it and the U.S. Attorney’s relationship to that, I think that had perhaps something to do with it.

STEPHANOPOULOS: So you think there might be a connection?

CUMMINGS: There very well may be.

As Stephanopoulos indicated, several groups have recently called on Bharara to investigate Trump's violations of the U.S. Constitution's Emoluments Clause, which makes the timing of Bharara's firing suspect. And as Cummings notes, the jurisdiction involved covers a great deal more than that, and would place many of Trump's activities in the cross-hairs of that district's U.S. Attorney.

This suspicious act is yet another of many reasons that Congress must insist on an independent commission and/or a special prosecutor to investigate Trump. As Bharara's firing further demonstrates, the normal checks and balances may simply not be enough for a president this corrupt, who is this willing to abuse his power.