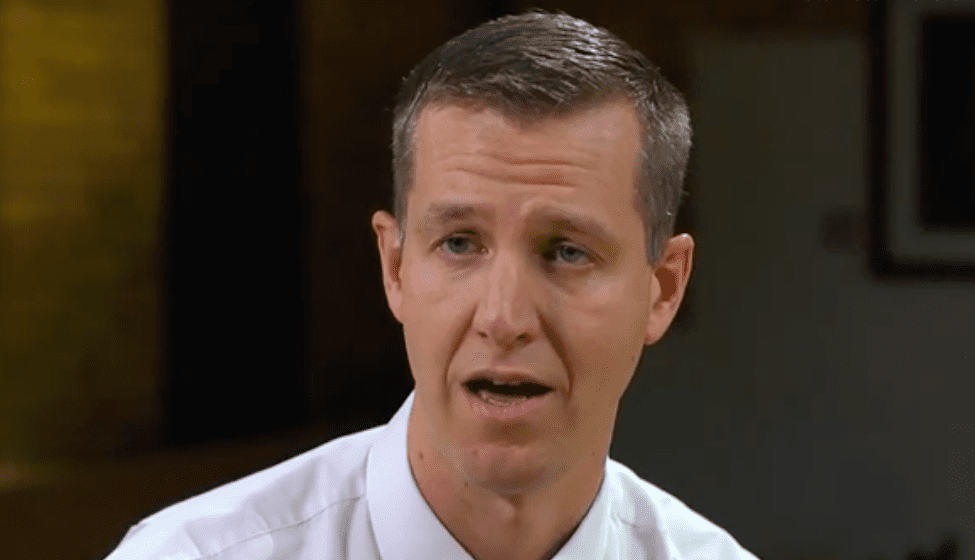 Wisconsin state Rep. Dale Kooyenga promised that giving away billions to Foxconn would bring in jobs and innovation. But the deal is already turning out to be a boondoggle — just like his Democratic rival warned.

Wisconsin gave away billions to FoxConn thanks to support from Republican state Representatives like Dale Kooyenga. But now it's clear that Wisconsin Republicans sold their taxpayers a bill of goods that won't create the jobs promised — a scam that will take decades to pay off.

Kooyenga was a key vote in Gov. Scott Walker's drive to secure an eye-popping $4.1 billion in cash subsidies and tax credits for Foxconn, the Taiwanese electronics giant, supposedly in exchange for thousands of new manufacturing jobs.

After he gave Foxconn the green light, Kooyenga said the deal was part of an effort to "develop a generation of engineers, managers and workers" and "create additional careers" in Wisconsin.

But as The Verge reports, instead of a factory filled with workers building televisions, FoxConn will instead have "most of the manufacturing done by robots."

Thanks to this scam, Wisconsin taxpayers are now on the hook for a staggering $1,774 per household. And it will take until at least 2050 for taxpayers to recoup the losses.

The disastrous deal also "exposes a lie we’ve been told over and over that the cupboard is bare, that we don’t have enough money for our schools or our roads or our health care," Matthew Rothschild, executive director of the good government group Wisconsin Democracy Campaign, told the Verge. "But then when a company from Taiwan comes knocking, all of a sudden there’s $4 billion of taxpayer money to shell out. We could have helped a whole lot of small businesses for that kind of money."

Walker and his fellow Republicans like Kooyenga should have known better, since FoxConn has a history of failing to deliver on its promises to governments about creating new jobs.

Instead, they bought the scam hook, line, and sinker. Kooyenga even sent out a special note to his constituents hyping the deal.

But once the deal was exposed as a dud, Walker didn't even mention it when he announced his re-election bid.

Tony Evers, who is challenging Walker for governor, now has a slight lead on him in the polls.

If this pattern persists, the embattled Kooyenga could also lose his race for state Senator.

Kooyenga's Democratic opponent, Julie Henzsey, offered prescient warnings back in March about the dangers of the deal.

"FoxConn is being prioritized over important road and infrastructure repairs all over the state," Henzsey said.

Rather than the likes of Kooyenga and Walker, she added, "We need leaders that will use our tax dollars to benefit Wisconsinites, not foreign companies."

In a later post referring to the deal, Henszey pointed out that "taxpayers are left on the hook for the governor's gamble."

And Kooyenga bears blame for this. He was so eager to make the deal that he ignored numerous red flags about it that were visible from the start.

And now that he's indebted his constituents for decades, he has the nerve to ask them to reward him with a promotion to the state Senate.