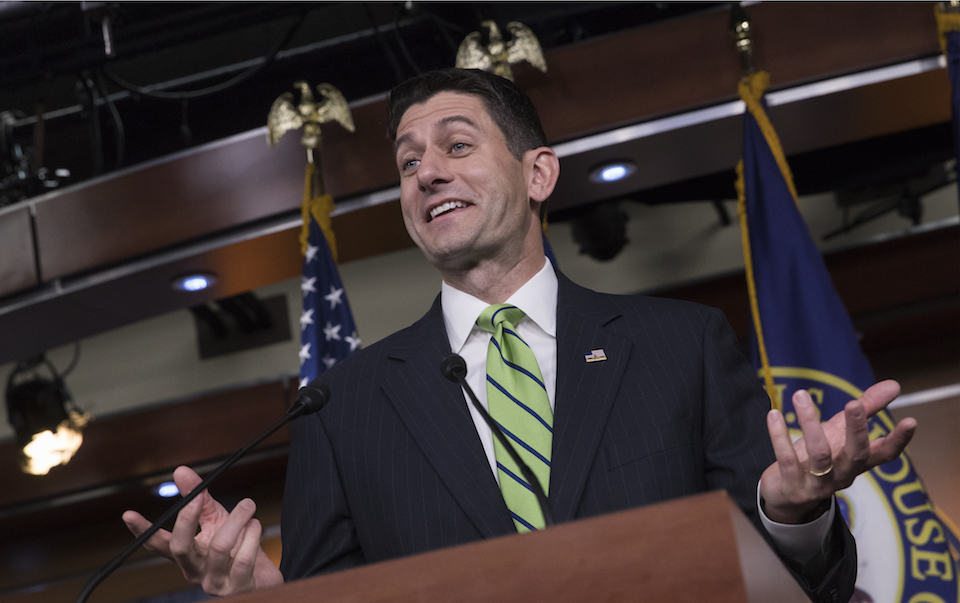 Republicans promised to address gun violence after the last massacre in America. But months later, they’ve still done nothing.

On the heels of a sickening 18th school shooting this year alone, the media is holding Republicans accountable for their complicity in the slaughter.

Republican reaction to Wednesday's mass shooting at Marjory Stoneman Douglas High School in Parkland, Florida, has already ranged from cowardly to despicable, as lawmakers avoided the non-Fox press and Trump blamed the shooter's classmates for failing to stop the massacre.

But Republican reactions to the Las Vegas shooting, during which almost 600 Americans were shot and 59 lost their lives, is under deserved scrutiny now as well.

On CNN Thursday, anchor Jake Tapper explained the function of a "bump stock," which allowed the Las Vegas mass murderer to fire semi-automatic firearms at a rate of fire similar to that of a machine gun. Tapper reminded viewers that Speaker of the House Paul Ryan (R-WI) claimed in October not to have known what a bump stock was prior to the massacre, and said that Congress should act to ban them.

"Dana Bash, you cover Congress quite a bit, that was more than 170 days ago," Tapper said to his colleague. "Where are we on closing this loophole that Speaker Ryan had said, at the time, he was in favor of closing?"

Despite overwhelming bipartisan support for the ban, Congress failed to act, Bash noted.

"Unfortunately," Bash added, Republicans "have the ability to brush it aside if that pressure is not on them."

Paul Ryan's cowardice on bump fire accessories, and his mealy-mouthed caution against "taking sides" politically on Thursday, gives little indication that he and the Republicans will do anything meaningful about gun violence this time.

But a growing chorus of Americans — including students who survived Wednesday's shooting — demanding action, and the media is increasingly holding Republicans accountable for their failure to heed that call.